MAKING YOUR OWN LURES, ITS NOT JUST FOR FLY FISHERMEN ANY MORE

Power Pop 150 70 gr Fly Shock
Aisi 1.5mm, Rolling 150lb. ﻿ built by our friend Piola Gianrico
American Admiralty Books Safety & Privacy Policies
Spinning Lures are expensive and since fish like cover and cover presents lure fouling hazards sometimes the best fishing spots are the most expensive in terms of lost lures. Packaged soft baits, and lures have lowered the costs where these can be used and added a touch of realism. But soft baits don't come as popping lures, you can't make them rattle and its kind of one form (the minnow) fits all. Sometimes the most effective lure that you can use will have a color scheme and configuration that is not common among the manufactured lures on the market. Some times your own observations can reveal unique dietary habits of fish in a particular place. Making your own lures can fill many a winter day with something enjoyable that you will use in the spring. Making your own lures can be inexpensive and is the only way to create a lure based on your local observations of your favorite fish population. The tools needed are similar to small model making, work is in both molded plastic and wood. for a relatively inexpensive investment in tools and supplies you can build yourself hundreds of dollars in quality lures over a winter or two. The beautiful surface popper above was built by our friend Piola Gianrico who lives and fishes in Italy. Turn on your translate button visit his site for more ideas on building your own lures. 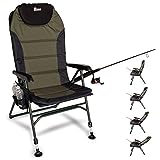