MARAUDING BEAR ALERT: RUSSIA IS WILLING TO BE FIRST WITH A NUCLEAR STRIKE You haven't read about this is the national media because this wasn't an official government to government threat. The Bear is starting to follow the Dragon's example and use academic periodicals to deliver messages they definitely mean but aren't yet ready to officially articulate. Mikhail Vanin ,Russian ambassador to Denmark writing in the periodical Jyllands-Posten a Danish newspaper in an "opinion piece" literally threatened Denmark with a nuclear strike if it takes part in NATO's missile shield. Using somewhat diplomatic language he stated that Denmark had not fully understood the consequences of participating in the NATO missile defense program. Among the consequences he suggested;"If it happens, then Danish warships will be targets  for Russia's nuclear weapons. Denmark will be part of the threat to Russia".

We found the comment quite interesting. First why threaten the war ships? Is that a tacit admission that the evolving European missile shield is viewed by the Bear as effective enough as to make a land attack ineffective? Second this sounds very much like a first strike threat. There was nothing in the ambassador's language that indicated the strike against the war ships would come after a nuclear attack by any member of the NATO alliance. When and why the Bear might attack Denmark's warships is not described. Some choice the Bear give Denmark; leave your cities vulnerable to our nuclear attacks or we nuke your fleet, whenever its convenient to us.  We suggest to Denmark that cities can't move ships can. Shield your cities and disperse your fleet. Learn networked warfare. Keep those ships far enough apart to require a nuke apiece to take them out, but communicating and able to speed together to mass force when needed.  Nuclear weapons can't be retargeted very quickly. Keep the fleet concealed and dispersed but communicating. Ignore the Bear.

This dramatic, unprecedented, but unofficial threat increases the pressure the Bear is putting on all nations in the Baltic region. Recently Russian military aircraft have violated the airspaces over Estonia, Finland, and Sweden. Russian military aircraft invading sovereign air space were involved in two near miss collision incidents with commercial passenger aircraft taking off from Copenhagen last year. Russian military exercises are on the increase for both size and frequency in the border regions. Russia has moved Iskander missiles to Kaliningrad, a part of Russia  bordered by Lithuania and Poland.

Denmark's reaction to the opinion piece in a News paper was official. Martin Lidegaard, Denmark's foreign minister replied to the article and called the comments "unacceptable". Mr. Lidgaard pointed out that the NATO system is defensive not offensive and in either case was not aimed specifically at Russia. He sounded concern that the article indicated a change in tone in the relations between the two nations. The foreign minister asserted that in August Denmark would equip two or more of its war ships with a type of radar that would allow them to contribute to the NATO missile shield. This we found interesting. Apparently the first act of participation in the shield is the equipping of ships with radar. Might the threat against war ships be a first strike threat, and why strike a defensive system, particularly ships with certain radars. No radar ever destroyed a target. This is a threat of an attack against a shield. There can only be one reason for attacking a shield, you intend harm to what's protected by the shield. Obviously any attack by Russia against NATO warships, especially those associated with missile defense is a prelude for  missile attack against cities. With this "opinion piece" Russia threatens the West with a first strike nuclear threat. We have enough nuclear weapons to turn Russia into a glow in the dark parking lot. Now is the time to beef up shields like never before. Its time for a new policy announcement too. We suggest that NATO adopt the posture that any attack, nuclear or conventional, on elements of a nuclear missile shield will be considered the same as a nuclear first strike. There is no other purpose in attacking a shield.

The Chief of the Russian general staff threatened any country hosting the shield on its soil with a nuclear strike back in 2012, again an "unofficial threat', not a communication delivered formally through diplomatic channels. Denmark still plans to join the missile defense system by radar participation on several of its ships. Denmark has taken a more conciliatory tone than non NATO member neighbor Sweden. Sweden maintains that they are truly frightened of Russian intentions and asserts that one in three Russian personnel in Sweden are spies. Sweden maintains that they keep a sharp eye on Russia and can not interpret recent Russian moves as anything but "preparation for military operations against Sweden.” 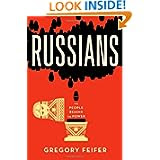 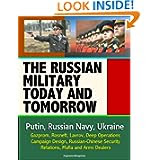 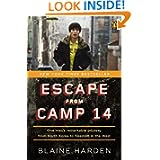 Posted by American Admiralty Books at 12:40 AM