THE STATE OF THE U.S. JONES ACT MERCHANT MARINE FLEET 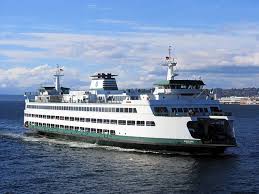 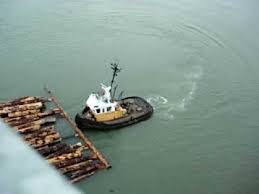 Pictured above are a variety, a small sampling really, of the types of commercial vessels large and small that transport goods and people, or provide services between and among the the states of the United states of America. This is our domestic American Merchant Marine which is far larger than the foreign trade or "Blue Water" American Merchant Marine which in recent decades has shrunk to a couple hundred U.S. flag merchant ships servicing our armed forces deployed overseas or carrying reserved U.S.Aid cargoes and similar trades. Unlike our foreign service Merchant Marine our domestic fleet serving between, in and among our states or in our Exclusive Economic Zone are supposed to be protected from foreign competition. There are important reasons for this.

The first is safety and security which is always enhanced by accountability and control over training and skill certification and material inspection. The American Merchant Marine is subject to the superintendence of the U.S. Coast Guard which inspects vessels and licenses and certifies and background investigates American Merchant seamen and officers. On our own waters, passing under our own bridges, some deep inland on our large navigable rivers, isn't the public best protected by our our own country men, certified and vetted by our own government? Additionally unlike the dominant force in international carriage, the open registries of Liberia, Panama, Singapore and others; our American Merchant Marine is a naval auxiliary by law. When the chips are down and bullets and beans must be carried through dangerous gauntlets of opposing forces our Merchant Marine has always responded.,  The flag of convenience fleet so willing to under cut the prices of American flag international carriers to carry America's commerce when it entails no risk abandons us.  When our deep sea or "blue water fleet has to expand from a couple of hundred ships to 5,000 or more as it had to do during several conflicts in the 20th Century how are we able to construct a fleet and find able competent commercial seamen to man it so fast. Our robust Jones Act protected domestic fleet, crews, and so called "second tier ship yards have been the key every time. It is the Jones Act fleet that commercial navigational skills and ship building skills and capacity are kept alive and well between major overseas conflicts requiring major sea lift capacity. Without the Jones Act we must come as we are to any conflict beyond our shores and can sustain only such logistic effort as our own now shrinking U.S. Navy can provide.

Yet the Jones Act is under constant attack in the Congress of the United States. Senator John McCaine (R) Arizona sponsored two bills in the the recently closed Congress to gut the protections of the Jones Act. He cites economic reasons for doing so, obviously Mexican tugboat pilots will push barges from New Orleans to St. Louis at lower wages than those  American crews and why would we want to preserve a few hundred thousand American jobs anyway? Now before you Democrats go saying "oh just typical Republican out of touch heartlessness", hold your gum flapping for  minute. These attacks on the Jones Act have come out of various Arizona and New Mexico Congressional delegations and Senators regardless of party periodically, and have for the last 30 years. As we said when we covered Senator McCaine's attacks last session there is some thing fishy about the constant bipartisan attacks coming from states without Jones Act navigation service. This is of course just speculation, but doesn't it make sense that the foreign interests in cracking our Jones Act trades would focus their lobbying efforts on Senators or Congressmen from states where there is no Jones Act industry? With about 33 states have significant Jones Act industry or service, some you'd never think of like Idaho which barges agricultural products to tidewater for export via the Snake River system. But if you represent Arizona or New Mexico you have no sizable constituency interested in Merchant Marine activity.

Now if these foreign interests hire American lobby professionals and form American PR corporations claiming to be promoting this or that "efficiency" and offer a lot of money to politicians who are unlikely to get called on it  don't you think they will have a fair shot at getting a politician to do their will? So since John McCaine is the most visible and most vocal of the anti Jones Act office holders we have been urging the marine trade journals to launch an investigation into his campaign finances. "Follow the money"is always a good idea in such investigations. However we hope that if any of the trade journals actually take up our suggestion that they don't stop with Senator McCaine. We believe that these nefarious interests have been targeting the Senators and Congressmen of Arizona and New Mexico for at least three decades and they don't care if they approach Democrats or Republicans and have had positive results with both.

Every American has a stake in the health of America's Jones Act fleets. So about twice a year we report on the economic health of the fleet.  Now that we are deep into January 2013 the various trade journals we rely ion for facts have published their year end issues and we are ready to begin our analysis this week. Watch the blog space this week for additional articles on the health of the American Domestic Service Merchant Marine sometimes called the "Work Boat Industry". We also recommend to every American that you read our 2012 book of the year THE WAY OF THE SHIP  for a historical perspective on domestic shipping an dits key role in america's economic and military security.

click on the book cover icon to read more about this book or to order
Posted by American Admiralty Books at 12:14 AM