CAJUNS IN THE QUEEN'S SEA BEWARE. NON COMPLIANT OSVs MAY BE DETAINED UNDER NEW REGULATIONS 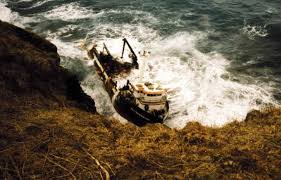 Offshore supply and service vessels working the North Sea, especially non UK flagged vessels may be detained in port if not in compliance with new regulations effective today (8/7/2014).  The new rules apply and enforce certain conditions of the Maritime Labor Convention which safeguard the employment rights, working conditions, and health care of seafarers working across the globe. The U.S. took exceptions for its domestic fleets which included its domestic OSVs (Offshore Service Vessels). U.S. flag and and U.S. owned open registry vessels may not be in compliance with the international standards. The U.S. National Mariners Association which closed its doors June 30, 2014 long reported that U.S. vessels in U.S. waters did not meet international labor standards. An alternative way they had of expressing the conditions was that U.S. crews labored under "worse than third world conditions". It is likely that U.S. flagged or owned OSVs operating in the North Sea may have come over manned and watch organized under American standards. In which case they would be in violation of the new UK regulations. Most UK vessel are already compliant. It was the non compliant foreign flagged vessels that prompted the regulatory action.

When OSVs are found non compliant the OK's Maritime and Coastguard Agency could order the detention of the ship at Aberdeen Harbor or other UK ports. Detained ships will not be released until compliant even a one day detention could cost a ship owner a contract. The Maritime Labor Convention internationalizes what has been in place in the UK for some years, the major change today is that the regulations now have a penalty with real teeth. The Maritime and Coastguard Agency intends to rigorously enforce the new laws.

One unique aspect of the new laws is the approach to labor disputes.  Crew member grievances or disputes over wages or other working terms were a private employment issue between seafarer and employer, but the convention  creates a new and specific complaint procedure which can be directed squarely at ship owners or operators who will face the same obligations as the employer. Not having a crew union is not such a great economic advantage for the owner any more. A labor dispute conceivably could  mean the government coming over the gunwales and a detention in port while you "bargain in good faith". So far,sixty three nations have signed up to the MLC. To date maritime regulators have ordered vessel detentions in at least 10 cases involving ships in Canada, Denmark, the Russian Federation and Spain, which were sailing under the flags of Cyprus, Liberia, the Netherlands, Panama and Tanzania. The MLC is a bit of a revolution in seafarer’s employment rights. Outside of the U.S. where the Coast Guard still avoids all manner of things remotely relating to "labor disputes" sometimes even ignoring safety violations because the complaint comes from labor. We suggest that U.S. ship owners and vessel operators working the North Sea should seek specialist advice on existing contractual and commercial relationships and the new compliance requirements.

Interesting American OSV sailors might finally enjoy international working standards by working in foreign waters. On the U.S. OCS things pretty much continue as they were. To read more about U.S. OSv working conditions click on the link below which will lead you a post about the recent demise of the American watch dog over that sector and links to their report titled "BLOOD ON BROWN WATER" which will give you the full details of working conditions in that the American offshore service vessel industry: