WHY MEXICO WILL PAY FOR THE WALL

COMPELLING MEXICO TO PAY FOR THE WALL, TRUMP IS NOT CRAZY IT WILL WORK. 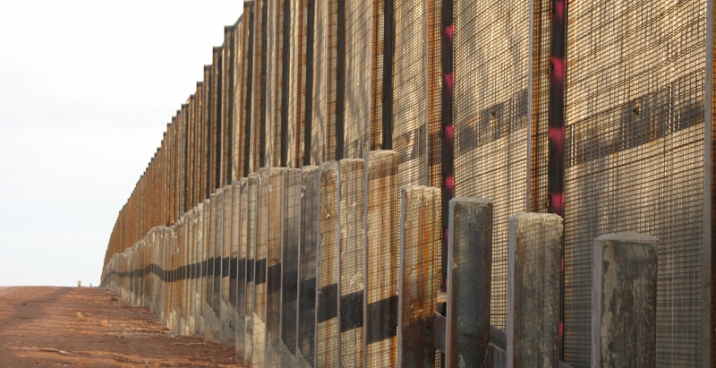 Updated 11/12/2019
We first published this in 2016. Since 2016 Congress has been in a continuous obstruction mode.to any form of border control. Yet the wall inches ahead fueled by private donations and the transfer of some monies that were within the executive purview to transfer. We think this post is worth a periodic revisit and we will monitor and update regularly .


Introduction: There is a provision within the Patriot Act, Section 326 – referred to as the “know your customer” provision. This provision compels financial institutions to require identity documents before opening accounts or conducting financial transactions. This requirement is a key provision in Trump's plan to force Mexico to pay for the border wall on our Southern border.  Section 326 authorized the executive branch to issue detailed regulations on the subject, and these are found at 31 CFR (Code of Federal Regulations)  130.120-121. Basically, if used as it is possible to use it, Trump's proposed application of Section 326 forces a decision on Mexico.  Mexico can  make a one-time payment of $5-10 billion for the wall or lose $24 billion which continues to flow into their country year after year from illegals working in the US, sending money home. There are several ways to employ Section 326 to compel Mexico to pay for the wall including any one or a combination of the following.
No matter what the liberals say, we have the moral high ground here.  Mexico has taken advantage of us through crime they don't suppress. Gangs, drug traffickers and cartels have freely exploited our open borders and committed vast numbers of crimes inside the United States. We have borne the high daily cost of this criminal activity, including the cost of trials and incarcerations, and deportations. Along the Texas Rio Grande border and elsewhere we have also paid a great human cost . We have the moral high ground and all the leverage. When the liberal media calls Trump crazy and dismisses the wall and the idea of Mexico paying for it they are being dishonest. Frankly we aren't all that confident in Mr. Trump, nor do we like his personality, but his idea of a wall and Mexico paying for it is not silly and far from impossible and would set a new tone for the foreign policy of the United States. The media opposition is simply so much leftist propaganda not based on fact. The truth is a President with balls could build a border wall, it would work, and making Mexico pay for it would actually be one of the easier aspects. Vote for whoever you want in the up coming election, it will probably be stolen by the Democrats through their usual voter fraud anyway, but calling the wall or Mexican payment for it impossible is simply the ranting of leftist air heads.