Swedish Fisherman Erik Axner Stars In The Fish Selfie Of The Century.
Halibut are flat fish related to the flounder that we are used to catching in the Gulf of Mexico but generally run much larger. In the case at hand the NORTH AMERICAN FISHERMAN has a video of one of the largest typically caught. This one is a bit big for the boat, the tackle and the fisherman. So the fisherman, clothed in a "Mustang suit" jumps in the water to be photographed alongside the fish. This gives you an excellent idea of the size of the fish and an appreciation for one crazy fisherman. It may also be a wonderful example of  "catch and release'. Despite the fact that the fish was roped by the tail, we believe it had an excellent chance of surviving the hook removal and release since it never left the water. Click on the link in the text or below to shift to NORTH AMERICAN FISHERMAN and watch the video and read the text.

SEE THE VIDEO AND READ THE STORY AT NORTH AMERICAN FISHERMAN 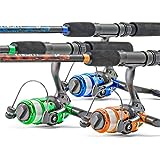