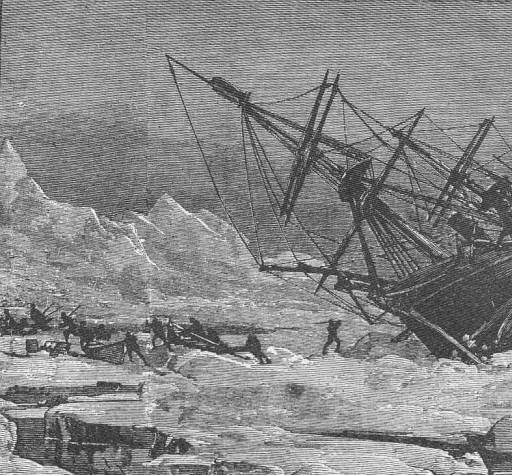 All eight nations with an Arctic Ocean Coastline have agreed to formally sign the "Arctic Coast Guard Forum" agreement to work together on issues such as search and rescue in the Arctic waters. The creation of the Arctic Coast Guard  Forum builds on a foundation of previously negotiated search and rescue agreements. According to the U.S. Coast Guard the forum will be operationally orientated focused on search and rescue, emergency response, and icebreaking collaboration. The heads of all eight coast guard agencies have agreed that collaboration is to the benefit of all Arctic nations and the ships of those nations transiting through Arctic waters. The forum while still awaiting final signatures probably next week was formed in Canada in March of 2014. Finalization was delayed because of Canadian objections to Russian participation in 2014 due to Russian involvement in the Ukraine. The Russians completed their negotiations in the U.S. and the deal will be signed by all participating nations at the U.S. Coast Guard Academy in New London, Conn..  The protocol will be signed by the heads of all eight coast guard agencies during a meeting convened at the Academy next Wednesday through Friday.   The signatories include Canada, the U.S., Russia, Denmark, Finland, Iceland, Norway and Sweden.

In the United States and some of the other Arctic nations ( but not Canada) the coast guard agencies are part of the military organization.  The military nature of some of the coast guards means that the  new forum will also provide a venue for high-ranking officers from several different Arctic nations  to meet regularly and open new channels of regular communication. Per the rules of the forum the heads of the coast guard agencies are to meet at least once per year. A table top joint search and rescue exercise is planned for next week's meeting at the U.S. Coast Guard Academy, the U.S. Coast Guard hopes to plan a real time exercise next year. The forum , though it will include military personnel will formally steer clear of military issues. The coast guard forum is distinct from the Arctic Council , the principal diplomatic body on Arctic it, but the lead will rotate in concert with the council presently chaired by the United States.

We found this coast guard forum to be a story not widely covered by the general media in the lower 48. Some time ago we noted the retirement of former U.S. Coast Guard Commandant Robert A Papp , USCG and his subsequent appointment as a special Federal envoy for Arctic issues on 7/18/2014. In several up dates to that post over the past year we have noted that we could not find any coverage of his activities and wondered in print what if anything was going on in terms of bringing more order to the High Arctic. In order to find cover this protocol about to be signed at the U.S. Coast Guard Academy we had to peruse Canadian press accounts. The Arctic still draws little interest from U.S. journalists. We found no direct mention of Admiral Papp in the Canadian press coverage but we suspect we now know what he has been working on since his appointment over a year ago. American needs to wake up to the Arctic we have high stakes there and we are not responding with the needed resources to protect our interests.