SCROLL DOWN FROM THE STATION ID OF YESTERDAY

To find the latest on the "Namazu Theme" and Namazu's former career in the music video game . Catch a performance of the hit single "Namazu" by the lovely and talented MS Oh Land (Nanna Oland Fabricius). You may have caught the first performance late last week which simply provided the music against a album cover photo of Namazu with MS Oh Land. Today's video shows Ms Oh Land performing the song "Namazu" live at a club in New York.  Scroll down past the next station ID to catch it.

We now provide a Namazu index in the Index and Search Aid Section, the last "Special Page" to the Right of the Alexander Von Humbolt II (Sailing ship with green sails above). There all first person postings by Namazu are listed by date. You then scroll down the blog postings by date and click on the date of the posting you want and you should be able to pull it up with minimum scrolling. Below is a link to YouTube's Top Tracks for MS Oh Land.


Link to the Album Fauna below: 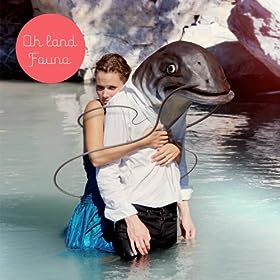 People who have read "NAMAZU FULLY LOADED: THE FUTURE OF AMERICA" keep asking how this 3,000 yer old catfish knows so much. Well, obviously being 3,000 years old gives one a unique and very deep historical perspective. While Namazu generally hangs out in the Pacific off the Sea of Japan he is a world traveler as his recent visit to our office demonstrated. Being able to take human form on rare occasions gives one an inter-species broad breath of perception. But how is he  able to predict the future? Namazu says that the ability to predict the future was never in his union contract as a "demigod", a term he now describes as "unfortunate and inaccurate."He maintains that he uses the same type of analytic tools as human prognosticators but better quality, and of course he has that unique historical and global perspective. Namazu claims no future predictive accuracy much  greater than the best computer enhanced, human team of forecasters. He does claim to use better data, some of it quite expensive as we learned in that little controversy over the "NAMAZU FULLY LOADED" controversy. We have asked Namazu to share with his fans a reading list that will help readers to master the Catfish perspective. He has promised to keep his suggested reading list within reasonable retail pricing and to stay away from suggesting some of the data bases that he occasionally accesses that costs thousands of dollars.  Today we post the final 2012 Namzu Reading List.

NAMAZU'S BOOKS OF THE YEAR SELECTIONS:

-
Posted by American Admiralty Books at 12:26 AM