LAW FARE OVER THE SPRATLEYS AND PARACELS, CHINA LOSES ROUND ONE

CHINA LOSES THE FIRST ROUND IN COURT WITH THE PHILIPPINES 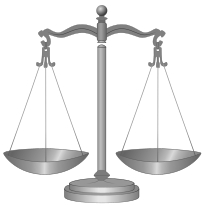 In round one of the China vs Philippines international tribunal battle over the contested islands of the South China Sea, China has lost as expected by most scholars of maritime international law.  Last year the Philippines petitioned the International Court in the Hague to invalidate China's much vaunted "nine dash line" a graphic that the Dragon uses to claim all of the exclusive economic zone of the Philippines and other neighbors and even most of their territorial sea. Since the Dragon has no legal case Dragon lawyers made it clear from the day of the Philippine's filing that they were refusing to participate because they do not believe that the court has jurisdiction ( all law and legal tradition to the opposite effect including those international conventions that the Dragon is signatory to aside). The court decided on October 28, 2015 that it definitely had jurisdiction.

The Dragon can sure swim, but it's legal arguments are spoken with forked tongue!


The Court is authorized by international convention to hear disputes related to the UN Law Of The Sea Convention (UNCLOS). The court does not adjudicate sovereignty issues per se. Consequently this court is unlikely to decide exactly where the boundaries between neighboring coastal states are located, but can determine when a claim is not in keeping with the provisions of UNCLOS.  The ruling came in the same week that a U.S. Navy war ship passed within 12 miles of a Chinese artificial island illegally established in the Philippine UNCLOS defined exclusive economic zone (EEZ) as part of the resumption of U.S. Navy  "Freedom of Navigation Operations".

China asserted in a  paper last year  a claim  that the court had no jurisdiction to hear the case since supposedly Manila was asking it to referee questions about sovereignty. But the court sided with Manila. Manila argued  that it was only asking the court to conclude that China could not derive territorial claims from islands that did not convey such rights under UNCLOS.

The tribunal on Thursday firmly  rejected the argument in the Chinese paper that the dispute was “actually about sovereignty over the islands in the South China Sea” and therefore beyond its jurisdiction. No date has been set for the next round of argument, nor is it clear that China will show up  The court has not set a date for the next stage of the case, which will be in closed court.