NAVAL INTEREST:
The U.S. Naval Institute's New Strategic Objectives and an Example from the March PROCEEDINGS.

In the March, 2012  issue of the U.S. Naval Institute's Proceedings Chief Executive Officer Peter H. Daly, VADM, USN (Ret.) describes the Institute's new Vision Statement and four strategic objectives related to it. For any of you who are not familiar with the mission of the Naval Institute we quote it below:

"To provide an independent forum for those who dare to read, think, speak, and write in order to advance the professional, literary, and scientific understanding of sea power and other issues critical to national defense."

"We are the preeminent thought leader serving all Navy, Marine Corps, and Coast Guard personnel by advancing the naval profession  and preserving our naval history .
USNI enhances the understanding of the vital contribution of American sea power to the defense and economic well-being of our nation"

For many years, indeed since its founding in 1873, the Naval Institute has done much to preserve naval history. We are very happy to see such service adopted as part of the core activities of the Institute enshrined in a vision statement. But the Institute's recent focus on this now core activity is further backed in their strategic objectives one of which is :"Preserve naval and maritime history and make all our intellectual property digitally accessible and usable."

As if to underscore this commitment, the March issue of the PROCEEDINGS carried an interesting account of the Civil War Battle of Hampton Roads. This article is actually a reprint of an article published as part of the U.S. Naval Institute's first volume of Papers and Proceedings the precursor of today's PROCEEDINGS. The article was written by Naval Institute founding member Commodore Foxhall Parker. The story takes the reader aboard the then new Union iron clad Monitor and provides a narrative of her fateful encounter with the CSS Virginia in the battle between mechanically propelled armored vessels that changed naval history forever.

In this same issue Dr. James P. Delgado, Director of NOAA's Maritime Heritage Program advocates the final burial of the two unidentified American sailors recovered from the salvaged turret of the Monitor recovered in 2002 with internment in Arlington under a monument with the names of all 16 lost in the Monitor's sinking while under tow off of Cape Hatteras, North Carolina.

For those with an interest in naval history the March 2012 issue of the PROCEEDINGS should be regarded as a historic keep sake issue. New initiatives, new commitments, and new objectives towards naval history are presented for the first time along with a feature article that reminds us all that history is not just in books but also periodical articles which are much harder to preserve.

Yet the March issue is not really a special history focused issue it is the annual International Naval Review. In this issue senior naval officers from every corner of the watery globe describe future plans of 26 of the world's navies. Like our own navy many of these 26 navies are facing tight budgets. As a future primary historical source of information on the naval world on the eve of near global austerity measures the issue is priceless.

The Naval Institute's PROCEEDINGS is American Admiralty Books RECOMMENDED for all maritime professionals including the NOAA Corps and Merchant Marine. Of course we don't just recommend reading the PROCEEDINGS we recommend joining the Institute. If you are a visitor to our blog we've already established that you read maritime subjects, if you also are inclined to think, speak, and write you definitely should be associated with the Institute. The link below should get you to their home page. Join today! Click on the link below 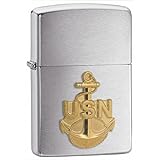 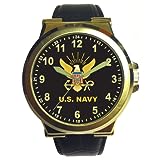 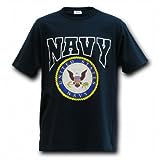