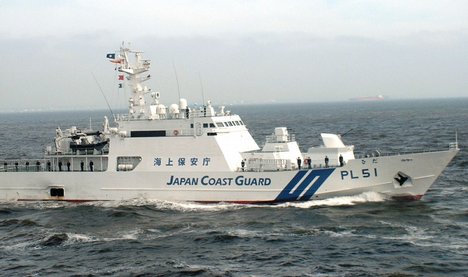 Japanese Nationals, including members of Parliament set sail for the disputed Senkaku Islands seemingly only hours after Japanese authorities arrested, then deported protesters arriving by vessel from Hong Kong and Taiwan . China claims the islands, which are occupied by Japan and considered by Japan to be an  integral part of their territory. Unrest has been growing for several months now over the islands which have valuable near by fishing grounds and possibly some mineral wealth. The Chinese claim prior claim and occupation of the islands and claim disruption of Chinese occupation happened in WWII during Japan's brutal conquest of China. Japan counter claims that the islands have been Japanese territory since ancient times.

Meanwhile as we reported last week Russian naval units are visiting islands north of the Japanese main islands which Russia occupied during WW II to underscore Russian determination not to return the conquered territory. Japan has disputes over small islands to its north and south but the real dispute is over the size of the Exclusive Economic Zone created under international law and heavily influenced in size and area by possession of these outer small islands.

Protesters Land on Island, and Depart- Reaction By China
http://news.yahoo.com/japanese-nationalists-set-sail-disputed-islands-115829723.html

Posted by American Admiralty Books at 1:24 AM