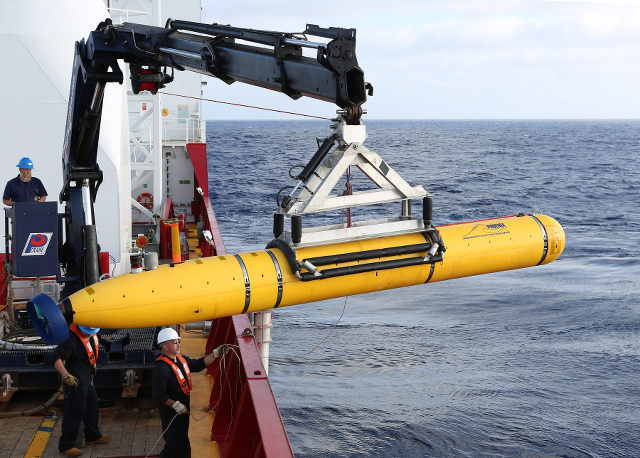 Australian DOD Image of BLUEFIN 21 a very comparable submersible currently in use in the search for the missing Malaysian air liner.

We've received word via our private interpretative sources that China has completed testing an unmanned autonomous mini submarine, apparently little larger than a modern torpedo. Chinese language sources (Qingdao News) report that Tiajin University has created and tested a mini submarine called HAIYAN. During tests the sub has worked continuously for 21 days and reached a depth of 1,094 meters (3,589+ feet). The sub is believed to have an endurance of 30 days and a speed of about six kilometers per hour ( 3 miles per hour or 72 miles per day). The sub is about 1.8 meters in length ( -6 ft) and presents a very small sonar profile. It has been configured for scientific missions and search and rescue missions but according to our analyst could be easily configured for naval missions like mine sweeping, submarine detection, or even offensive missions like sacrificial surface or subsurface attack. Its operating depth of 3,598 feet is about half what would be necessary for ocean trench or mid ocean seafloor exploration but far more than what manned submarines operate at. Combined with the unit's slow speed and ability to hug deep bottoms it may be almost invisible to conventional anti submarine detection techniques. As a small rugged unmanned target it has a high survival and escape potential from conventional antisubmarine warfare tactics and weapons. Weighing only 70 kilograms (154+ pounds) the vessel may be easily handled by most any surface ship without much in the way of special equipment. A Chinese merchant ship operating off the U.S. Coast beyond our EEZ could launch one of these into out territorial waters and it would reach our beach line in a little over three days and have at least two weeks of operating capability before having to return to the mother ship.  If on a sacrificial mission, the sub could loiter in our waters for nearly 27 days and the mother ship could leave. Progress in deep diving autonomous subs has been slow of late due to lack of research funds. We would love to be able to greet China's new unit as a welcome addition to oceanographic scientific tools. But it has too much weapon potential and the Dragon proves itself untrustworthy in the naval sphere every day. 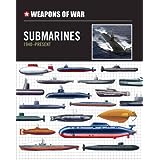 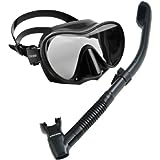 Posted by American Admiralty Books at 12:28 AM