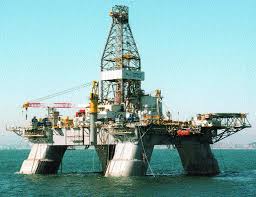 The Chinese like to target an island,shoal,reef,or drilling site within the exclusive economic zone (EEZ) of a neighbor, send in a lightly armed Coast Guard flotilla running unarmed commercial vessels of the targeted state off with threats of arrest for fishing, or exploring for minerals in "Chinese National Waters". In the 1980s China went after a reef owned by Vietnam and simply murdered sixty some odd Vietnamese sailors attempting to mark the reef and sank the naval auxiliary that transported them to the reef. China has never shown any remorse or embarrassment for this mass murder but apparently has figured out that the world frowns on such overt strong arm tactics. So the Dragon created the largest "coast guard" in the world and sends its cutters out to "enforce Chinese maritime law", which apparently knows no bounds. As soon as the rightful commercial interests have been evicted, China sends in dozens to hundreds of its own commercial fishing vessels and surrounds the targeted area. If the adjacent coastal state sends out its own coast guard to investigate it is confronted by a big civilian unarmed fleet of commercial vessels, that a civilized coast guard is not going to sink. The vessels are civilly disobedient to the rightful coast guard's instructions to cease whatever they are doing in the adjacent coastal state's EEZ. At the point where the rightful coast guard is preparing to start boarding the intruder commercial craft the Chinese Coast Guard arrives on scene and claims the rightful coast guard is invading Dragon turf. Its not yet come to a shoot out but there have been coast guard on coast guard water cannon exchanges , and deliberate glancing collisions. China has now gained control of several  neighbor's important offshore geophysical features with this practice of wrapping the area "as tight as a cabbage" with Chinese commercial vessels. A few weeks ago we reported that China invaded Vietnamese waters with a Mobile Offshore Drilling Unit. It appears this unit is now surrounded by its own "cabbage patch" Chinese flotilla.. But now its oil at stake so the cabbage patch is unusually muscular containing not only the usual assortment of coast guard and commercial craft but also Chinese war ships.

According to reports in Tuoitrenews approximately 114 Chinese vessels including 42 Chinese Coast Guard ships, 13-14 commercial offshore supply craft, 15-17 tugboats, 34 fishing vessels, and six naval craft are arranged in arcs around the offending oil rig. This "cabbage patch has approaches local Vietnamese vessels , has attempted to ram some, and has fired water cannon to keep them out of the immediate area of the rig. There was a confrontation between Vietnamese Coast Guard vessel CSB 4302, a small patrol boat which was surrounded and threatened by Chinese vessels and withdrew. A Chinese military Y8 aircraft has been seen orbiting the cabbage patch at about 3,000 feet at times.These planes are capable of loiter type surveillance but also have attack capabilities.

Recently the Dragon has beefed up its aerial presence sending in periodic over flights of fighter jets. The Chinese have shown no sign of intending to withdraw the rig which has been in Vietnamese waters since early May.  Recently about 40 steel Chinese fishing boats have been harassing more lightly constructed Vietnamese fishing craft as far away as 42 miles from the rig. These boats have been accompanied by Chines coast Guard craft #46102 46106.  China clearly intends to not only maintain its invasive oil rig in place symbolically claiming the exclusive right to explore for oil and to extract minerals in Vietnam's exclusive economic zone, but to take over commercial fishing acvross a wide area of the zone. China's navy and coast guard are involved in this one. approximately 8 cutters and war ships are not enough to enforce the Chinese will, between their navy and coast guard they have about 1800 armed ships to call on. This is why there is no counter attack from Vietnam. What is scary is that China also claims an EEZ that extends right up to the beaches of the Philippine main islands. The Philippines have a competent navy and coast guard and they have shown the will to resist. They also have a defense treaty with the United States. The Dragon is getting more reckless. Both off the Philippines and Japan. It is betting the United States will not support its long time allies Japan and the Philippines. They are making a fatal error based on their assessment of the Obama administration. Japan and the Philippines are more than America's allies, they are friends with many families with members with  citizenship in either Japan, or the Philippines, having relatives who are citizens of the United States.   While the Philippines suffered a brutal invasion and occupation from Japan in the mid 20th century, there seems to be little ill will today. The Philippines recently made a statement of no objection to Japan beefing up its armed forces. The Dragon is high on ambition and low on decency, integrity, and common sense...a typical thug state.