NEW TO OUR SITE? WONDER WHAT WE ARE ALL ABOUT? CLICK ON THIS LINK FOR AN ENTERTAINING VIDEO EXPLANATION http://www.youtube.com/watch?v=AFw32RRJY98:

If you want more detail after the video click on the INTRODUCTION page in the right hand margin.

In today's blog post we examine the opinions of those who have been critical of  Namazu's predictions on the socioeconomic,and political future as articulated in NAMAZU FULLY LOADED : THE FUTURE OF AMERICA PARTS I & II. We use the vehicle of  a guest blog by
guest blogger Vic Socotra which was originally published in his blog www.vicsocotra.com
Vic had previously published some positive comments on Namazu's view of the future and received back some intelligent negative critical messages focused on the depletion rate of reserves described in Namazu's two part posting. He contacted us and we got on the hydrophones with the great catfish and relayed back to Vic what he said. Vic analyzed the negative critiques and Namazu's response and posted this: 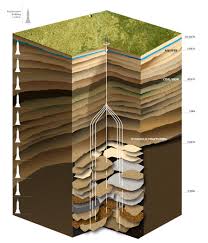 (Hydraulic Fracturing is about to change everything we know. Or is it?)

It is a complex matter, and a controversial one in this about-to-be awash in oil nation. We might very well be cooking with gas for a while- and have a magical chance to get it right for a change.The whole eruption of resources here in this land we thought once was depleted is rife with controversy, but it is happening anyway, regardless of who is sitting in the White House, or what rules and restrictions secular religious environmentalism tries to impose upon capitalism red in tooth and claw.

This matter is one of the things that gives me hope- a literal second chance for us to make some fundamental choices about where this great nation is going- or on a more personal level, how it will go while I am on the planet and not spread over it. My early giddy realization was that America might be energy independent within a decade. Moreover, we might have a century of exports available to power the world as we prepare for the inevitable depletion of the petroleum. The optimism was tempered by the inevitable response: the reality is, goes the claim, that the new reserves discovered are being depleted faster than expected, and the whole circus event will peter out with a whimper, leaving us exactly where we are now: saddled in debt, dependent for energy on people who don’t like us, and in a warming world with savage new weather.

I had to go to Boats and the Giant Catfish for clarification. When confronted with some dire predictions about the early depletion of new oil and gas reserves and the investment environment, he told me this:

"I still believe in the predictions of Namazu the Giant Catfish,” he said, and I will let him take it from there:

“We are headed into a time when far fewer people will be needed to produce a lot more wealth and we have to address ways and means of getting the medium of exchange into the hands of those not participating in the wealth-producing machinery. I think states, and regional compacts of states are safer and more competent / manageable units of the necessary experimentation with displaced worker programs, including preparing the population for a time when intermittent employment, at best is the norm.

As regards the concern about apparent rapid depletion rates in the shale gas deposits, I got Namazu on the hydro phones and he says not to worry. Some individual deposits may have actually produced what appears to be 42% of their estimated contents in a just a few years, but in some of these same deposits flow rates have not declined indicating that we simply underestimated the reserves. Even if we have underestimated in some cases and the shale deposits are in fact smaller, most of the available acreage is not yet under production.

Natural gas is down to under $3.00 per commercial unit here and up as high as $14.00 per unit in some nations around the globe. If the rapid depletion school of domestic gas production is correct, and they could be, that has a far greater effect on the 50-year projection of the catfish than on the five year.Also what may or may not be true of natural gas is not necessarily true of the new oil. Again even if that eventually proves true the effect has little to do with the next five years.

It will take massive government stupidity on a scale unprecedented in history to kill the economic boom that is just over the horizon. If the reserves of both gas and oil prove less than expected, demand may also be slowed if the Obama Administrations push for clean energy alternatives works. If it works, and we prove fat dumb and happy in our oil pool, we get to sell to the rest of the world till past mid century. If the clean energy alternatives programs work and our oil reserve pulls up short by mid century we are in a better position than the rest of the world to deal with the oil shortage and to export our alternative energy technology.The bottom line on the rapid depletion debate is , its too early in the production of these particular reserves and there is too much unknown about these "tight formations" to be overly concerned by the seemingly negative information.

It will take at least ten years to really bring this production on line, though we will experience dramatic economic effects in less than 5 years. At the ten year mark we probably will have really definitive evidence and its probably not sooner than 20 years before we would have to really deal with the negative effects of over estimating production and longevity of production. Of course all investments, today including U.S. Government Savings Bonds are a bit of a crap-shoot. I'm going with the Catfish on my investment planning for the next 36 to 42 months. The catfish did consider in his prognostication that the federal government is "dumber than a sack of hammers."
So, it looks to me for things to break other than along the very broad general lines of the "catfish future" the federal government will have to be even "dumber than a sack of hammers" and any depletion rate under estimation would have to be on an order of magnitude worse than the present worse case predictions.

The one potential monkey wrench left that could be thrown into the works is if the accelerated depletion rate were to take on the illogical and dogmatic shrillness of the climate change arguments. Climates change, it's what they do. Depletion rate estimates change, its what they do. But if you allow that the optimistic projections of the "developers" are off by 50% (that would be a lot), and the worse case projections of accelerated depletion rate school are true. We are still ten years away from any really reliable data. We are twenty years away from the start of any resumption of shortage. If there is any effect of the accelerated depletion rate school of thought on the economy over the next five years it would have to be artificially induced by the media in the same way that "climate change" public perception is manipulated.

However, since the oil boom will make Obama (or Mitt, just as easily, had he won) look like a hero, it is doubtful that the administration will want a heavy play on the accelerated depletion rate idea except as a precautionary tale to help drive the president's alternative energy programs. The best thing the Republicans could do for the nation right now is to compromise with the President on alternative energy. Allow some serious funding for those programs even if it means cutting elsewhere. Not only does it give us a hedge against the uncertain future, it tempers down debate and reduces the probability that the  accelerated depletion speculation doesn't take on the dogmatic and mythological dimensions of 'climate change.' That is the one thing that could kill the golden goose. We need to drill and produce the tight formations oil and gas before we really know what we've got. We do know for sure we have a lot. But is it a century of supply as the "producers" speculate? Or is a fifty or even twenty-year supply?

I keep thinking of the old investigator's admonition: "follow the money". Between the accelerated depletion cautionaries, and the "drill baby drill" "producers" who is betting billions on what? It’s the drilling contractors and oil producers betting on more, not less. Namazu thinks this confidence is based on superior data. That would tell me that if there is an unexpected depletion rate, the under supply level is more likely to be on the plus side of fifty years (vice the optimistic estimate of 100+ years), and that depletion in twenty years or less is highly unlikely.

My advice to anyone who doesn't believe in the Catfish picture of the immediate future would be to stick with gold, silver, precious gems, and possibly farm land."
"Boats"

I dunno. Boats is a smart guy, and he has both the experience in regulating the business and an enormous Catfish that tells me things. My personal view is sort of “In the long run,” and all that, and even the most pessimistic view of the state of reserves has an event horizon that is past mine.
Apres nous, le deluge? 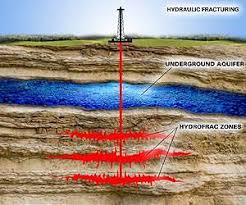 You can see more of Boats at: http://americanadmiraltybooks.blogspot.com/
(The is the future, according to the Mississippi Business Journal. What do you think?)
Copyright 2012 Vic Socotra
www.vicsocotra.com