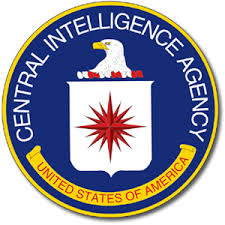 As some of us here at the American Admiralty Books are members of the Naval Intelligence Professionals Association.  We are probably more aware of the U.S. Intelligence community and how it operates than the average citizen. However understanding the basic workings of the system doesn't require a security clearance, the various agencies that make up the community explain their various institutional roles and missions to the public on their websites that anyone may access. These same agencies have explained in documents readily available on the Internet how they integrate and coordinate efforts to form various "common operating pictures", for elements of our armed forces, and for law enforcement. We believe strongly in "information dominance" as a primary tool in combat and in law enforcement. Today with so many non state ententes conducting terror and combat operations, operating from among dense population centers in nations not belligerent towards us we must have adequate information in any operation that is focused on eliminating an enemy leader or capability by "precision strike".  Information dominance is expensive. The work product of information dominance is rather invisible to the general public. The public is always made aware of "intelligence failures", real or created by political operatives in search of scapegoats.
Intelligence successes are usually invisible to the public. Very often the result of good intelligence and the resulting information dominance visible to the public is simply nothing happens.

In fact the Central Intelligence Agency produces a number of work products for the general public and industry that are far too little known, of potential great business and personal utility, and cheap or free of charge. These services if better known and more widely used have the potential of aiding our economy grow.  For example if your company is considering doing an overseas start up, management needs real local facts not chamber of commerce hype, where to start research? The CIA WORLD FACT BOOK:
https://www.cia.gov/library/publications/the-world-factbook/fields/2048.html

About to plan a foreign trip? The CIA and other members of the intelligence community contribute heavily to the State Departments various travel advisories :

We will visit more of these Intelligence Community work products for the General Public in the near future. Today, however,  we wanted to introduce our visitors to an interesting read and a source of interesting reading. The CIA Historical Review Program examines documents and events formerly classified and quite possibly unknown to the media or the public at the time the operations, or documents were "in play"and publishes descriptions of these operations many of which literally changed the course of history and but for these published descriptions, often decades after the event, future historical accounts could never be accurate. The Intelligence community while often charged with keeping secrets, is also concerned with historical accuracy. Few out side of the historical and intelligence professions have a deeper appreciation for the need of accurate history. As an informative and entertaining introduction to the Historical Review Program we link you today to:

Click on the link below to read on line or down load, an informative and entertaining service of your friendly neighborhood CIA: (36 pages)

https://www.cia.gov/library/publications/historical-collection-publications/underwater-ice-station-zebra/Hexagon%20Booklet%20web%20FINAL.pdf
Posted by American Admiralty Books at 1:33 AM