As those of you who follow us regularly know, we periodically scan our dashboard for key word searches that have brought in new visitors but were under served in terms of retrievable information. As it is our goal to be the number one site for anyone starting research into any maritime subject we try to identify any information gaps and at least get some initial data on a subject into our system when we discover an underdeveloped subject of inquiry.  We recently found a search for "Images of Japanese Admiralty" on the dash board. Well we frequently write about the island disputes between Japan and China, the Japanese Maritime Self Defense Force, Japanese / Philippine naval relations, and Japanese / U.S. naval relations and exercises and with the very name of the site containing the word "admiralty" it was no wonder that we came up on such a Google key word search. But in fact we had limited information on "Japanese Admiralty", much less images. We'll try to rectify that right now.

"Admiralty" in translation to the Japanese has as many different meanings as it does in the English speaking world. It may refer to a level of military command, for example the British system that was in place from 1628 through 1964. "The Admiralty" in Great Britain was originally run by a single officer the "Lord High Admiral"  later the authority was diffused across a  Lords Commissioners of the Admiralty, who sat on the Board of Admiralty. In 1964, the functions of the Admiralty were transferred to a new Admiralty Board, which is a committee of the tri-service Defence Council of the United Kingdom and part of the Ministry of Defence.  Today's British "Admiralty Board" meets only twice a year with the daily supervision of the Navy over seen by a Navy Board. It is common usage in English today to refer to the general superintendence of English speaking Naval forces as "the admiralty". The Japanese self defense forces authorize the ranks of Rear Admiral, Vice Admiral, and Admiral though those are ranks in translation. It is probable that the Japanese word for admiral "shoukan" 将官 the root stock of which appears to mean "summon of the highest" might be in common usage in Japan to describe collectively the superintendence of the Maritime Self Defense Force. However a different term was in use for flag officers during the period of the Imperial Navy. Admiral Yamamoto during WWII was referred to in translation as "Marshal Admiral" in his role of Commander in Chief of naval forces in Japanese his title was "元帥海軍大将 Gensui Kaigun Taishō . SO A SEARCH FOR "IMAGES OF JAPANESE ADMIRALTY" MIGHT INCLUDE IMAGES OF JAPANESE ADMIRALS PAST AND PRESENT PARTICULARLY THOSE CONSTITUTING ANY TYPE OF GOVERNING BODY AT DIFFERENT POINTS IN HISTORY.

EDITOR'S NOTE: Here we have to pause with a little message from our legal department about the use of Internet images. As our staff writer continues to describe the various meanings of "Japanese admiralty" in translation he will begin to provide links to sources of related images. These are simply links to web sites not related to the American Admiralty Books site that produce related images. Even if the site contains the words "public domain" in its title many photos that we have found in such sites are in fact not in the public domain. The researcher seeking to use any of the images we link to has the responsibility to make a "due diligence inquiry" to insure any images used in publication are not restricted by active copy right.  Use of images in academic papers not for publication may be governed by various "fair usage" doctrines that vary from nation to nation concerning the free usage of copy righted images. Since our visitors are from a variety of nations we can not provide any detailed legal advice on copy right law or fair usage doctrine when providing links to images. There is one exception, this general admonition to make a good faith effort to learn the copy right status of any image you select for usage, and the applicable rules in the nation of origin of the image, and in the nation where you intend to publish or submit an academic paper. Even public domain law varies a bit by nation. Image searches do not lend themselves very well to computer research unless the title of an image is very well known and uniformly applied. So even the most diligent good faith effort may still result in the occasional inadvertent publication of a copy righted image. So always be prepared with a substitute image, and pull any image immediately upon notice by a copy right claimant. Such a practice won't completely eliminate the possibility of litigation , but will greatly reduce the amount of potential damages awarded and that alone often deters litigation, plus that is simply the right thing to do.

LINKS TO IMAGES OF JAPANESE ADMIRALS:

1. Assorted images of Japanese Admirals from the dawn of photography through the current day.  This site includes some images of the Japanese surrender aboard the U.S. Battle ship MISSOURI and some prominent American naval figures from the eara of the post WWII occupation. Many images are from Wikipedia or the U.S. Naval Institute both of which usually have pretty reliable information on copy right status and acceptable forms of attribution for licensed images that still retain some copy right protection but are licensed for free usage under particular circumstances.

2. Images of Admirals in the present day Japanese Maritime Self Defense Force Just a few recent formal portraits here , lots of official visit and activity photos. By clicking on the photo you will come to an enlarged version with a link to the original publication, often a vital tool in ascertaining copy right status.

The Word "Admiralty" in English is also associated with maritime law. In American and British usage it distinguishes those cases that require adjudication in a "court of Admiralty" which in America are the Federal Courts, and special courts of admiralty in Great Britain. In America some cases of maritime personal injury may be tried in state courts. So not all cases that are maritime in terms of the site of events leading to litigation or criminal prosecution in English language usage are "Admiralty " cases in English we speak in terms of "Admiralty" and "Maritime" law with ""maritime being the more generic term.

In international law "Admiralty law" generally refers to the law of maritime soverignity; the international conventions that describe territorial seas, Outer Continental Shelf (OCS) waters, Exclusive Economic Zones, etc. Much of "maritime law" is rather uniform to highly comparative internationally. However,  as was demonstrated with the multiple words for "admirals" as flag officers in the Japanese naval establishment over the centuries; "admiralty" as a legal concept for both legal meanings related to national court divisions of jurisdiction over maritime cases, if any, and the international sense of coastal soverignity are known in Japanese law. However, these meanings  probably aren't described in a single term. As in any matter of translation it is best to consider the broad context and concept rather than look for a word to word translation. Certainly someone looking for "images of Japanese Admiralty" could be looking for images of the Japanese maritime legal system at work. We had some experience recently with trying to depict the English language Admiralty law system at work. It resulted in our Post "COULD ADMIRALTY LAW EVER BE THE SUBJECT OF A COFFEE TABLE ILLUSTRATED BOOK".  We certainly didn't find any existing comprehensive site or prior publication, but as you can see by clicking on the link to our English language exploration of the idea Admiralty law generally does lend itself to photo images of admiralty court houses, agents of enforcement such as  coast guard and maritime police images, prominent lawyers and judges in the maritime sector, "Admiralty gallows", Admiralty houses" and  other illustrations. Our search for equivalent images of Japanese maritime law turned up similar images scattered over the Internet unorganized as such, but images of Japanese enforcement activities, ships, and personnel, court houses, judges, etc. are out their but beware:

1. Google Key Word Search: Images of Japanese maritime or admiralty law  turned up a lot of images but they included images of Chinese, Malaysian, and other Asian  coast guards, some photos of recent Japanese maritime law conference participants, and Asian maritime law association logos, even some photos relevant to American maritime law. You may click on each thumbnail photo and pull up a link to the actual published page that the service drew the image from. This is useful for both determining copy right status and confirming actual Japanese origin.

3. Our Google search for images of the Japanese Coast Guard , the chief enforcement arm for Japanese national maritime or admiralty law and international maritime law within Japan's territorial seas and various internationally recognized surface and bottom servitudes was our most productive search, lots of cool images of the Japanese Coast Guard in action, links to the original points of publication, lots of the photos being in the public domain. Nice action shots but watch these as they often depict U.S. or Chinese, or international merchant shipping in the same frame. 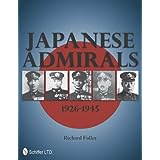 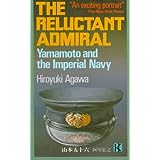 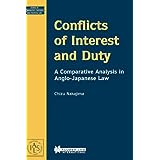 Book cover icons not links use Connect. Enjoy. All from Earth's Biggest Selection. and the suggested key word searchs

AAB does not receive commissions from Amazon. Anyone ordering from Amazon in a state that requires sales tax for internet transactions is responsible for remitting sales taxes to their state internal revenue service. Generally this is done when you file your state income tax.
Posted by American Admiralty Books at 10:07 PM