U.S.Major League Baseball Season opened March 31, 2014. College Baseball, at least on the U.S. Gulf Coast has been underway since late February. Here in New Orleans the much anticipated Triple A Zephyrs season gets underway with the season opener on Thursday. There is no doubt that baseball is popular in America but too many college physical education administrators, naval policy makers, and others believe that Soccer is the world game and that Americans should embrace it, while U.S. Navy crews should develop some proficiency in it for the sake of more effective naval diplomacy. The American general public seems to be spit between two views. On the one hand a growing number of non baseball fans feel that baseball has no appeal outside of America, while rabid baseball fans , such as myself, believe in the cosmic importance of baseball. Both groups seem to miss two important events that emerged from both the major leagues and little leagues world series of 2013. A Japanese pitcher served the major league World Series winner. Note we're talking an actual Japanese pitcher from the major leagues of Japan, a guy who needed a translator to handle the after game interview. Japan loves baseball, has a vibrant professional baseball tradition, and plays a damn good game, with serious world class players.  Taiwan took the Little League World Series.  Latin America including Mexico and Cuba not only follows baseball but have produced many U.S. major league and Triple A players over the decades. American Admiralty Books Safety & Privacy Policies  The International  Baseball Federation  will hold its tournament officials seminar in Hong Kong this year. China is fielding a national baseball team. New Zealand has signed Japan's 2004 Olympic bronze medalist American Admiralty Books Safety & Privacy Policies  Naoyuki Shimizu into the management of Team New Zealand. The fact is that baseball has a big following in the Pacific Basin where we are trying to increase our naval presence and influence.

I'm not knocking soccer, just as there are many nations in the Pacific Basin and Latin America that follow and play baseball, there are many nations in Europe and the Middle East that follow and play soccer and have virtually no interest in baseball. Soccer is a tempting sport for ship's collateral duty physical fitness and morale officers to support. A ball and a few T shirts allows a ship to field an identifiable team. Baseball equipment is more expensive to purchase maintain, and more difficult to store. However, especially in the Pacific where interest in baseball is high the interest of amateur players in meeting , and especially defeating an American amateur team is keen. For the amateur baseball player of the Pacific basin playing an American amateur team such as that of a visiting naval vessel is a rare and treasured opportunity. Just as it is a known fact that Americans accord anyone with a British accent an average of 10 additional IQ points regardless of the Brit's educational attainment or actual intelligence, the baseball players of the Pacific Basin accord American amateur baseball players at all levels of amateur play with more skill than they deserve.  To actually meet an American Baseball team on the diamond for many amateur players may be a life time highlight of their participation in the sport. But here the ship's command runs into the challenge. Never under estimate the skill level and affection for the game of the Pacific Basin fan or amateur player. A ship's team no better than a sand lot pick up game should never go up against a Pacific Basin organized amateur team. If the ship can't do better than unpracticed sand lot ball don't play anyone but local pick up sand lot teams. Unfortunately it is the organized amateurs who will most often seek out a game. The ship that wants to make a really great impression in the Pacific Basin baseball areas needs to field a properly equipped, properly uniformed, skilled and practiced team. If the ship's team wins the opposing team will be anxious for the next ship's call for a replay. If the ship's team loses but the local guys really had to work for it, you just made their year.

When I joined the Navy in 1965 our instructors and the BLUE JACKET'S MANUAL impressed on us the idea that "every Blue Jacket is an ambassador" and that port calls were about more than the crew's need for a little rest and relaxation. The goal of every port call, no matter how short or free of formal cultural exchanges, was to leave behind a good impression of the U.S. Navy with the people of the port.  Through a well prepared baseball program a ship can leave more than a good impression; a ship can leave the opposing team, and their family and friends with a fond memory, and the local media with a real photo opportunity and human interest story. Surely, play soccer where the opportunity arises and if the ship can can actually field a practiced and competent team so much the better. Unfortunately few practiced , organized amateur soccer teams ever dream about defeating a U.S. team, the U.S. is just not a power in the world of soccer. However despite the fact that the last winning pitcher in the U.S. major league World Series was imported from Japan, and despite the fact that Taiwan took the the Little League World series in 2013 we're still thought of as the best baseball players. As the players at all levels in the Pacific Basin continue to develop and organization and professionalism continue to spread we may only have a few years left to reap the benefit of the "British accent effect", so..... by Gawd sailors let's PLAY BALL!" 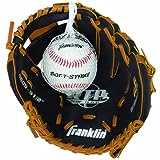