THE GREAT NAMAZU ON GAS PRICES AT THE PUMP

EDITOR'S NOTE: We originally published this last April, then again in December 2013 during the holiday travel season. With the summer travel season coming up and gas prices at the pump still above $3 and change per gallon, even in the big oil producing states like Louisiana and Texas and no relief in site we thought the big catfish's thoughts are once again worth revisiting. Many of our readers started with Namazu's famous essay Namazu Fully Loaded The Future of America .With all of his positive news about America's return to being an oil and gas exporting nation in that essay, those who didn't read this follow up essay may doubt that the U.S. is in fact in possession of enough proven reserves to consider export and maybe the catfish was wrong. Read this , never bet against the catfish.-Johnas Presbyter, Editor

NAMAZU ON THE PRICE OF GAS AT THE PUMP

EDITOR'S NOTE TO INVESTORS: In his famous essay NAMAZU FULLY LOADED, THE FUTURE OF AMERICA, Namazu predicted that the United States would become a major oil exporting nation over a year and half ago. Now the U.S. media is finally starting to notice and report. Despite the predictions by our super catfish of the economic benefits of massive U.S. oil production , lower U.S. gasoline prices at the pump were never in the list of benefits. Here Namazu explains why large oil discoveries don't often translate to reduced pump prices. But Namazu would be the first to tell you that oil tankers will be pretty much charging the same price per ton mile for hauling oil regardless of prices at the pump. This is why Namazu suggests stock in tanker companies as a safer investment than in oil companies, provided the tanker company has good business fundamentals.

Bipeds, lend me your ears. I wish to expand a bit on some observations and opinions and advice I offered in my series "NAMAZU FULLY LOADED,  THE FUTURE OF AMERICA". In the final portions of that series I predicted that 'Tight Formations" or "Tight Sands" discoveries of oil and natural gas were poised to make the United States a net exporter of first natural gas, and later refined oil products. I still believe that but never intended to imply that the price of gasoline at the pump in America was ever going to decline. The problem is that all of the new oil being discovered not only in the United States but around the world is expensive to produce. Drilling and production methods for "DEEP WATER" areas and on shore "Tight Formations" are technologically complex and expensive. The oil companies can't sell their product for less than the cost of production. There is very little production of cheap oil going on out there.  U.S. shale oil production has wellhead  costs that require a minimum break even price of $55 to $80 a barrel. Russia, another oil producer coming on line stronger every year, has a break even cost at the well head of about $120 a barrel. Saudi oil is running about $90 a barrel break even price at the well head. Together Saudi Arabia, The United States, and Russia account for about 35% of the world's production. Oil prices are set by the highest priced producers. Everyone with cheaper oil pegs their price with the abundant but far from cheap oil of the big producers.

If ever some vast new source of cheap to produce oil were to be discovered in sufficient quantity to drive the price of oil below the well head break even price of the present big producers they would simply cap the wells until the cheap oil was expended. They are finding oil off of Greenland, but that won't be cheap to produce, and Alaska's North slope will be even more expensive. If there is any area on earth where large amounts of cheap to recover oil might be found it is in the China Seas. Unfortunately since China demands ownership of all of it even at the expense of her neighbors , even at the demand that neighbors cede lawfully held territory to China, the unrest in the area effectively blocks any large scale exploration or production. Off shore oil companies need stable leasing authorities in peaceful seas, not potential war zone and litigation over royalties. If there is any cheap oil in the China Seas the Dragon's greed will keep it off the market for years if not decades.

Another factor upholding well head prices is the growing list of non producing nations with growing oil consumption. These nations pay a premium for oil to insure that they get enough. In 2012 Phillips 66, Valero, and Marathon oil exported over 531,000 barrels of refined American product from America to these premium paying nations. Despite Republican promises associated with the "Drill Baby Drill" campaign you will probably never see $2.50 a gallon gasoline again. But keep in mind the personal investment advice that I gave you in NAMAZU FULLY LOADED, THE FUTURE OF AMERICA. Don't invest in oil drilling and production companies. Their fortunes are linked to the rise and fall in crude oil stocks, impossible to predict or control and subject to constant government meddling.  Invest instead in the stocks of petroleum refiners and transporters. These will be around regardless of prices at the well head and charge what the market will bear over their costs. But you must examine these in the same way that you would examine any corporate stock. You want the tanker operators, pipeline owners, and refiners who have savvy management, and sound financials. Use caution, seek professional advice and invest in oil and gas transportation and refining; they are going to be moving a lot of oil and gas around the planet in the coming decades. Improve your personal wealth. Waiting around for gas prices to fall at the pump is a pipe dream. Invest , make more money then pay what you have to at the pump, you're going to have to pay the elevated prices anyway.

I hope I didn't burst too many bubbles, but based on some of your e-mails ,a few of you tend to grab onto some of my pronouncements and run with them in strange and dangerous directions. Get that catfish perspective, look at things in depth, before you gulp!

Peace and prosperity biped friends, and thanks for reading my stuff. 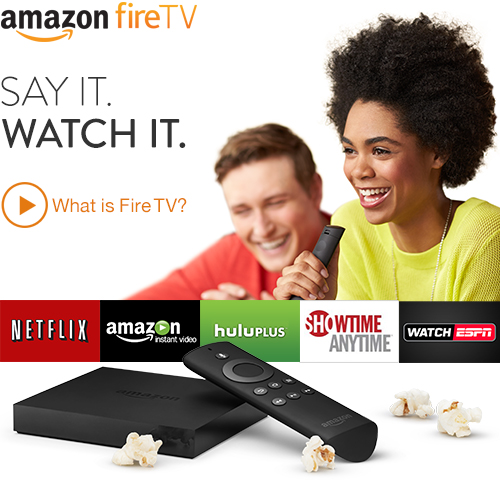