7/8/2013 Station Identification and Notice Board 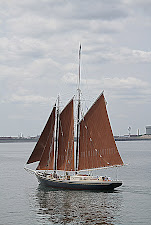 Start the Day Right With The National Anthem: http://www.youtube.com/watch?v=JQqRl_qB28w

http://www.youtube.com/watch?v=AFw32RRJY98
Please keep this site free of subscription charges, click on our advertisers, and when you do want a book, video, or a boat building tool, or water sports clothing or equipment please purchase through our various Amazon portals and links.  Our Amazon portals and Google+ advertisers are our only source of operating funds.  THANK YOU!

BACK THE BOT! RESISTANCE IS FUTILE.We'll just keep reminding you until you do. TIME  IS SHORT ABOUT 20 DAYS LEFT NOW AND ONLY 1/3 OF THE WAY TO THE TARGET. CLICK ON THE LINKE BELOW TO DONATE.


THE CORALBOT PROJECT IS DEVELOPING THE TOOLS FOR RESTORING THE WORLD'S CORAL REEFS. As we have said so many times before we are not a news service  though we have a special interest page titled "News Service" where our primary offering is our on line "Reading Room" with links to many of the world's on line maritime periodicals, MAritime TV and daily maritime news services like gCaptain, and a clipping /headline service where we place items that we  can identify as being of particular interest interests to our readers. Our analysts follow certain stories ignored in the general American media but we make no pretense of being a real news service.

Last week we monitored several news stories that we might otherwise have blogged about under the continuing series HOW FAR WILL THE DRAGON SWIM? But time didn't allow us to prepare such blogs. We did post lead ins and links in our NEWS SECTION HEADLINE SERVICE. Basically, the Dragon was busy threatening neighbors , feigning injury at the hands of his neighbors, invading his neighbors space, but in the process of over reaching injured a dragon pup that once appeared quite formidable but now is on the ropes. Last week China:

1. Sent four of its warship like Maritime Surveillance Service (center piece of its' emerging giant Coast Guard) ships into Japanese territorial waters. These ships left after responding to radio calls from the Japanese Coast Guard asking them to leave, that they were simply conducting "routine patrols" (where they had no business being) . The ships then left the area without incident.

2. After invading the Philippine exclusive economic zone and encouraging Chinese fishermen to violate Philippine soverignity  China threatened the Philippines with a "counter strike" after the Philippines publicly accused China of "militarizing" the South China Sea. (Nothing like a threat of the use of military force to demonstrate that you not militarizing an area, only dragon logic could come up with that).

3. After threatening the Philippines with a "counter strike" the Dragon agreed to sit down with its South China Sea neighbors and discuss the issues. We're sure, given the Dragon's previous behavior, the discussion will be the Chinese articulation of the terms of surrender of all islands the Dragon covets.

4. Having threatened all of its neighbors with its superior sea power China then had to fire the head of the state owned COSCO Shipping and admit that the company was over one billion dollars in the hole. COSCO owns and operates a foreign trade zone opposite the Seal Beach Naval Weapons Station in California, once crashed a bulk carrier into a New Orleans shopping mall, and beat the United states out of the management contract for the Panama Canal, a canal you may recall that the United states built at its own expense. COSCO has over reached and failed revealing that in the maritime realm the Dragon may swim, but stands on feet of clay. In maritime endeavor size  matters but so does competence. If you can't run a steamship agency, or port operation contractor company you probably aren't that great at running a navy.  By refusing to follow international law and acting like having a large navy and Coast Guard makes you immune to international law the Dragon has managed to long delay orderly leasing of the oil rich China Seas while the United States is moving toward becoming the world's largest oil and gas exporter. If China continues to block oil development by not cooperating with neighboring states and following the frame work of international law, in 7 years China will not be the emerging power it is today it will be a memory of a flash in the pan.

Incidentally did you notice the national media coverage of the emerging U.S. oil and gas situation on national TV news Friday evening. If you are a long time follower of NAMAZU it probably sounded pretty familiar. The fact is the national media  simply told the nation what NAMAZU told the world in his famous "NAMAZU FULLY LOADED PART 1 &2 which started on November 7, 2012. If you haven't read the seminal address by the  great catfish click here
http://americanadmiraltybooks.blogspot.com/2012/11/1172012-namazu-fully-loaded-namazu.html
The above link takes you to Part 1, Part 2 is just down the scroll. If the scroll appears to have stopped click on "Older Posts" at the bottom right hand corner of the post and part 2 will pop into view

If you caught some of the national television news on the U.S. oil and gas situation and the projected future effects on the economy last Friday you will be amazed at how the Catfish was 9 months ahead of the national media. More over there is a lot more he had to say that the national media has still not grasped.
If you are a new Namazu fan don't miss "NAMAZU FULLY LOADED PARTS 1 & 2". Its' the catfish at his deepest.

YOU ARE AT THE BLOG POSTS. Posts on a wide variety of maritime subjects are on a very long scroll with the most recent just below the daily station ID and Notice Board. You may scroll down through well over 1,000 postings or use the list of posts below the "Special Interest  Pages ". To jump straight to a particular date or title click on the list to your right below the "Special Interest pages"(INTRODUCTION AND SITE GUIDE, ADMIRALTY LAW, AUTHORITATIVE LITERATURE BOAT BUILDING,etc.) by date or title.  Watch this space for news on coming new features that reduce scrolling to find things. The "Special Interest Pages" contain book reviews, book recommendations and suggestions, videos free or linked for purchase, explanatory notes, links to other informative sites on the subject of interest, occasionally free E-books to read on line, and in some cases on line shops for related equipment.

UNLOCKING THE MARITIME WORLD: Our mission is literally to  unlock the maritime world by making all English language maritime data easy to find,  available, evaluated when possible, and affordable. We suggest checking our subject pages to your right first, by clicking on the subject section most like your particular interest.  If that doesn't answer your question come back here and click any of the "super links" below that appear most appropriate, the broadest and most general is hyper linked just below. This is an entire web site of nothing but links to maritime websites and blogs of every description.

"The Mother of All Maritime Links":
http://www.boat-links.com/boatlink.html

We think the following links to major sites aligned with our "Special Interest Pages" can often provide answers to commonly asked questions:

Note: The Cornell site when you arrive in the Admiralty section has two tabs : "Overview" and "Resources". If you are doing legal research the "Resources" tab is a fast route into most relevant statutes, and regulations, Supreme Court Cases, and even some state cases.

MARITIME TV: Videos and television broadcasts on all manner of maritime subjects http://www.maritimetv.com/

NOTICE BOARD:  In today's blog space (1) The first in a series of posts on the problem of maritime border control in terms of invasive species and microorganisms, why we are losing the battle we once had nearly won
Posted by American Admiralty Books at 12:14 AM