ANALYSIS TRUE OR FALSE, THE "WIRETAP" CHARGES AGAINST OBAMA 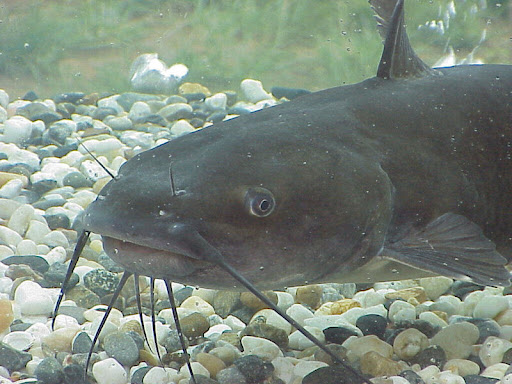 GREETINGS BIPEDS:
By now I'm sure all of you have heard the charges in the Mainstream Media (MSM) concerning the Democrat's charges that the Russians had contact with Trump Campaign officials during the presidential campaign of a nefarious nature. No doubt you've seen the Trump denials and the MSM spin doctoring on the Russian issue. By now you've also heard President Trump's allegations that the Obama administration "wiretapped" himself and / or members of his campaign. No doubt you've also heard the MSM spin doctored response. Given the shortage of real neutral news reporting I've decided to examine the entire record as reported by both the left and right side of the media spectrum and what few neutral sources there may be. Here is my summary of the facts as I understand them and my analysis:

SUMMARY OF FACTS AS UNDERSTOOD:

1. At the request of the Obama Administration elements of the FBI and a number of agencies within the US Intelligence Community did look into the alleged Russian / Trump Campaign connections and communications as early as prior to the emergence of Donald Trump as the clear Republican nominee.

2. Congressional committees continue to look into the the Trump / Russian connection up to the time of this writing. The MSM has made much out of certain campaign personnel being in the same public room at Washington social gatherings with certain Russian officials such as the Russian ambassador, within the time frame of the presidential campaign. Certain former campaign officials have responded to official questioning about "meeting" with Russian officials during the time frame of the Campaign in the negative. Then when these coincidental gatherings which included the presence of Russian officials were brought up, amended their testimony to reflect being present in the same room as included in the term "meeting". The MSM has spun these "testimony clarifications" into something ominous sounding but after months of investigating Trump Campaign / Russian contacts nothing illegal, unethical, or even suspect absent bias has turned up.

3. At the height of the MSM feeding frenzy on the Russian / Trump alleged connections Liberal News sources including the New York Times and Washington Post carried stories about the FBI and / or Intelligence agencies going to the Federal Intelligence Surveillance "court" (FISA) to obtain warrants to place Mr. Trump and members of his campaign under "surveillance".

4. The MSM reports of this alleged FISA warrant application were presented as "proof" of Trump or cohort malfeasance until it became known somehow to the MSM that the court had actually turned down this first request and told the "applicants" (no one admits to being the applicant so far) to "narrow their request".

5. According to both MSM and Conservative accounts such as the British publication THE GUARDIAN, a FISA Warrant was issued for limited surveillance of four persons associated with the Trump campaign.

6. Recently President Trump became aware of the supposed FISA warrants and notified the public through his TWITTER account of their possible existence and expressed a strong opinion that the warrants were the tip of an iceberg of inappropriate if not illegal behavior by the Obama Administration. The MSM has reported this communication as if it were improper, illegal, or immoral behavior on the part of President Trump and has challenged his charge that the warrants that the MSM reported on for months even exist.

1. FACTUAL AND LEGAL STATUS SO FAR: The proceedings of the FISA court are protected by both classification and privacy laws. In fact there is no evidence publicly available as yet that either of the two warrant applications as reported in the MSM citing "confidential sources" were ever filed. For the MSM to have actual knowledge of such warrants as they claimed would indicate that persons within the government violated classified material handling laws and Privacy Act provisions in collusion with a person or persons as yet unknown in the MSM organization(s) . In short, the original MSM reports of such warrant applications and later of the granting of an actual warrant are either a felony criminal violation of law; or in the alternative, some person or persons unknown within the MSM fabricated the entire story. In the days of Jefferson and Adams the fabrication of such a story would simply be called "Yellow journalism". However, today broadcasting such a story over the airwaves would be a potential violation of FCC regulations. Unlike print media the "airwaves" (electromagnetic spectrum) are in the public domain and licensed by the Federal government to stations that are to broadcast "in the public interest." Practicing classic "yellow journalism" is "not in the public interest" so the MSM has a lot at stake. They can only hold the medium (broadcast rights) by adhering to accepted journalistic ethics. If they received illegally classified information the MSM had a duty to protect it from dissemination and clearly did not, particular MSM persons if ever identified could face criminal charges. If some element of the MSM fabricated the entire Russian Collusion / "Wire Tap" controversy FCC broadcast licenses could be in jeopardy.

The probability that anyone within the Trump administration might face any type of prosecution or civil procedure related to either the alleged Russian collusion or complaint about the "wiretaps"  appears virtually nil at this time as no prosecutable facts having emerged after months of media and official scrutiny.

The probability of any senior MSM executive or well known personality ever facing criminal prosecution or civil suit for either illegal handling of classified material, violation of privacy statutes, or "yellow journalism" are also close to nil as responsibility is institutionally diffused within the MSM organizations. The possibility that any part of the MSM networks facing FCC action are slim but not beyond the realm of possibility. If the President started a prosecution over this dust up he would be loudly denounced in the MSM as engaging in propaganda and censorship. If the FCC initiated action without public complaint the President would be attacked in the MSM for "losing" the FCC on the media and misuse of executive power. However, the FCC would be forced by law to react to sufficient public complaint that parts of the MSM electronic networks were not broadcasting in the public interest"  If a major portion of the 61 million or so voters who voted for Donald Trump made formal written complaint to the FCC, the MSM could actually be in trouble over "yellow journalism". To learn more about the FCC complaint process see: http://americanadmiraltybooks.blogspot.com/2017/01/what-you-can-do-to-bring-back.html

So far everyone interviewed in an official capacity who would have to have acted in order to obtain a FISA warrant has denied asking for a "wiretapping" order. True enough even if they applied for a FISA warrant, "Wiretapping" is a colloquial term from the era of analog technology. I seriously doubt that anyone was actually "wiretapped". The actual warrant request would have used more inclusive technological language that would have allowed operatives in possession of such a warrant to listen in and record telephone conversations, texts, etc.. Eavesdropping also isn't a very distinct term of legal art in communications law. The media coverage both from the left and the right has not been expressed in terms of legal language. This has allowed  those responding to inquiry as well as the interviewers a lot of room to maneuver. In non technological terms observe how "meeting" was manipulated. The Trump people took it in the typical vernacular usage of an actual agreed to and arranged face to face or telephonic contact to discuss a specific agenda. When that elicited an honest negative response to questions like "did you meet with Russian officials",  the MSM interviewers quickly expanded the meaning to include being in the same room at any time during the Presidential campaign.   The sloppy use of semantics and avoidance by both sides of the controversy not only cloud the public debate but also cloud the future of any legal prosecutions or settlements of this "controversy".

WILL THE TRUTH ABOUT THE FISA WARRANTS EVER COME OUT?

Considering that it would now better suit the Left's agenda and narrative for the warrants to never have happened, and considering that most of the Court's work is conducted ex parte as required by statute, and considering that every single judge on the FISA Court is an Obama Appointee and most will remain in office throughout the first Trump Administration; I judge it highly unlikely that the public will ever know the truth.

The Russian Collusion / Wiretapping Controversy is basically, and I hate to use this term, but it seems best suited, "Fake News". It seems rather clear by now that there were no unethical contacts between anyone in the Trump campaign with anyone connected to the Russian government. It appears more probable than not that once that fact was obvious, the MSM turned to innuendo based on "leaked" information concerning the issuance of FISA warrants as that would appear to lend credence to their charges of malfeasance within the Trump organization. Once the Trump organization raised the issue of illegality and unethical abuse of executive power related to any such FISA warrants the MSM, formerly so intense on publishing about the alleged existence of  FISA warrants,attempted to convince the public that the supposed warrants were figments of President Trump's imagination.  This entire controversy is an invention of elements of the MSM and not worth the public attention, and taxpayer dollars being associated with it. I see no further need for either Congressional hearings or a special prosecutor. The trail is too muddied and the chain of responsibility too diffused for legal procedures to ever sort it out.  The people need the POTUS to get on about the agenda he was elected to execute. The people have the authority to punish yellow Journalism in formal and informal ways. journalism http://americanadmiraltybooks.blogspot.com/2017/01/what-you-can-do-to-bring-back.html

Some video sources Left and Right

He DOES have evidence." ex-CIA agent, on Obama wiretapping Trump  https://www.youtube.com/watch?v=_9M5HlzCulc Trump Nation