A NEW KIND OF SPACE RACE IN TEXAS

TEXAS IS GOING WHOLE HOG ON THE COMMERCIALIZATION OF SPACE. 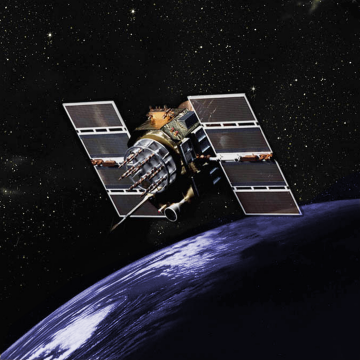 Texas has had a presence in the space industry since the earliest days of NASA with Houston being a major center of NASA activity. Now the state is trying to parlay that early advantage into a commercial advantage as private launch services are starting to proliferate. All Texans are proud of their state and determined boosters, but that doesn't stop local city and county boosterism. Within Texas, towns and counties don't mind at all competing with each other. Somebody has to loose but as long as a Texas town or county wins its considered a win and everybody gears up for the next contest. High school football is sacred in Texas and enormously entertaining and seems to almost be a model of intra Texan friendly competition . Brownsville is acutely aware of Houston's image as a space industry center and determined to become a big competitor as the private launch services, space tourism, and other space related commercial ventures are starting up. Brownsville isn't alone among smaller Texas cities in wanting the business and not being stingy with the tax, and infrastructure incentives to  attract it. A number of Texas towns are uniquely suited for these start ups with well educated work forces, proximity to former NASA professionals who stayed in Texas after various reductions in force and are "chomping on the bit" to get back in the saddle for space, and lots of wide open and inexpensiove land close in. Then there is the unabashed, unapologetic dedicated capitalistic culture of the Texas Republic. Texas is getting a lion's share of the business and logic indicates that more is heading down to the Republic.

In the eye of the mind of many in towns like Brownsville, space craft carrying colonists and contract workers for Mars will one day take off from their evolving spaceport. These won't be government expeditions but corporate enterprises. What better place to spawn such enterprises than the republic that spawned the oil industry? This is Texas after all, a place where they dream big. History tells us that Texans also produce big. Texas size dreams are often realized in Texas. Texans know when a man is all hat and no cattle.  The city fathers of Brownsville took the measure of the people involved in SPACE X and decided they had a hat and cattle match. They put out their shaking hand with the traditional greeting "Howdy podner" (Translation for non Texans "hello partner"). Brownsville also did more than that, they put some cattle in the pot offering Space X millions of dollars in incentives to come to Brownsville.

Posted by American Admiralty Books at 12:20 AM