THE HISTORY OF GUN CONTROL

THE INNOCENT ARE DISARMED,  THEN GENOCIDE BEGINS

Why do you need an AR 15? Why does anyone need to sit in the front of the bus? Rights don't depend on need.

Update 11/9/2016 with the election of Donald Trump let us be the first to predict a return to normal gun and ammunition prices in the next few weeks with the Hillary gun grabbing plans left in the dirt.

Update 12/7/2017: Well it looks like we didn't exactly call that one back in November. Research indicates that gun and ammunition sales are up, prices are still high, but not rising dramatically. The really bad news is that liberals now account for the uptick in sales. Apparently, the some Dims feel they are reaching the point where the "Deplorables" will have to be forced to conform to the liberal agenda. Unfortunately, for the liberals, gun training purchased by them doesn't appear to match the uptick in gun ownership. "Deplorables" still have the largest number of trained gun owners either as military veterans, or formal civilian ownership related training, or auxiliary or reserve police service. "Deplorables" also own the most guns, especially guns of real military utility. Indeed there are nearly 7,000 private cannon owners in the US, mostly smooth bore antique or antique reproductions. These cannon owners actually have gunnery competetions with live ammunition as well as participating in historic battle reenactments. So the "Dims" seem to want to force conformity on the "Deplorables" with their small number of Saturday Night Specials in the hands of some untrained true believers, while the "Deplorables" have no interest in civil war but have thousands of times more guns, more trained gunners, more militarily usful guns, and even some potential artillary units. If the "Dims" go all 1917 Bolshevik Revolution on the "Deplorables" the over population of mentally deranged liberals may be resolved rather quickly; and peace will descend upon our blighted nation. 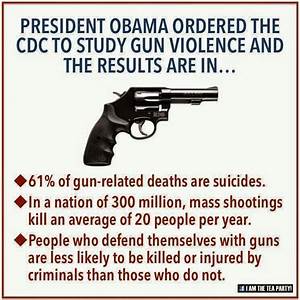 As many of you know I'm 3,000 years old and have been a keen observer of human, including societal behavior, for that entire time. To say the least I bring an acute sense of history. That sense of history informs me as I observe and comment on current human activity. I am utterly convinced that America is the world's last great hope. If America falls, there is no champion of liberty in the world. America is on the verge of collapse and take over by the endorsed presidential candidate of the American Communist Party.  . If for some strange reason you are unaware that Hillary Clinton is the proxy candidate of the American Communist party please click on this link  http://americanadmiraltybooks.blogspot.com/2016/09/hillary-is-endorsed-candidate-of.html. Americans,though vital to the continuation and spread of human liberty and security in the world, are terribly poor students of history. This is the only reason I can think of to explain why so many American voters have fallen for the siren song of the Communist favored candidate.  However, only some one who has been living under a rock wouldn't know that Hillary is a strong advocate of strict gun control, even the repeal of the second amendment.  Why are the socialists and communists such strong advocates of gun control?  Well, I know better than to publish a long historical narrative on gun control history. Instead below is a link to a video on the history of gun control. Please view it and heed. Please don't commit personal and societal suicide by voting for Hillary. Keep also in mind that not voting isn't an option as it amounts to a victory by the Communists. Voting for a third party candidate amounts to a vote for the Communists.  The one opponent of the Communist's choice, must not only achieve a majority of the popular vote to achieve an Electoral College victory, he must win by a large enough margin to overcome the sure and certain voter fraud already being set up by the Democratic Party elite.  If you have to, hold your nose and vote for Trump, this is your last chance before you are disarmed, eliminating what your forefathers designed to be your true last chance. Below is the link to the video on the global history of gun control.

Don't become a victim. Vote to keep your guns and ultimately your freedom. Vote against Communism, Vote against Hillary, the chosen, preferred candidate of the American Communist party.

SEE ALSO: WILL US SOLDIERS FIRE ON US CITIZENS RESISTING THE SURRENDER OF THEIR FIREARMS?
Posted by American Admiralty Books at 2:50 PM