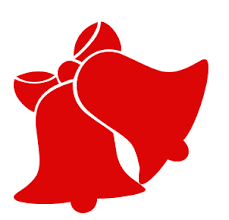 Editor's Note: If you are new to our site you may not know our official head of the climatology school and lead coastal environmental analyst Namazu "the Earth Shaker". Namazu is a 3,000 year old Japanese Giant Catfish former demigod, once responsible for causing coastal earth quakes and Tsunamis in Japan. In his now famous response to the Religious Right on re-employment rights for former "demigods" Namazu called the title "unfortunate", "not truly descriptive", and not sought or used by him. Today Namazu likes to refer to himself as a "Personification of Forces of Nature". After the appearance of his unique post presidential election analysis "NAMAZU FULLY LOADED THE FUTURE OF AMERICA PARTS I and II", many of our readers began to ask how a catfish, no matter how old or big could be so intelligent. Frankly we didn't know so we got on the hydrophones and asked Namazu. His only response was "I read a lot". So we asked him for suggestions for his fans and today we post an updated list. If you are not familiar with the wisdom of Namazu just scroll down and stop where you see his picture. Read and be amazed. You'll want to read like a catfish too! Because you have to read like a catfish to think like a catfish and this catfish is awsome!

MASTER THE CATFISH PERSPECTIVE LEARN TO THINK DEEP AND WIDE !

People who have read "NAMAZU FULLY LOADED: THE FUTURE OF AMERICA" keep asking how this 3,000 yer old catfish knows so much. Well, obviously being 3,000 years old gives one a unique and very deep historical perspective. While Namazu generally hangs out in the Pacific off the Sea of Japan he is a world traveler as his recent visit to our office demonstrated. Being able to take human form on rare occasions gives one an inter-species broad breath of perception. But how is he  able to predict the future? Namazu says that the ability to predict the future was never in his union contract as a "demigod", a term he now describes as "unfortunate and inaccurate."He maintains that he uses the same type of analytic tools as human prognosticators but better quality, and of course he has that unique historical and global perspective. Namazu claims no future predictive accuracy much  greater than the best computer enhanced, human team of forecasters. He does claim to use better data, some of it quite expensive as we learned in that little controversy over the "NAMAZU FULLY LOADED" reference works. We have asked Namazu to share with his fans a reading list that will help readers to master the Catfish perspective. He has promised to keep his suggested reading list within reasonable retail pricing and to stay away from suggesting some of the data bases that he occasionally accesses that costs thousands of dollars. So today we present the third and cumulative installment of the NAMAZU READING LIST.

click on the smaller book icon to read more , price or order

SPICE THE HISTORY OF A TEMPTATION by Jack Turner

CLAY, THE HISTORY AND EVOLUTION OF HUMANKIND'S RELATIONSHIP  WITH  EARTH'S MOST PRIMAL ELEMENT by Suzanne Staubach

The one commodity that is presently driving the world economy and which Namazu sees as having a shift in its center of gravity towards the United States driving a strong economic recovery in the next several years is, of course, oil. To better understand the global oil based economy Namazu suggests the following.

(The Book covers are not hyperlink Icons a single hyperlink is at the bottom of this collection of  book covers, This link takes you to "THE QUEST" and all of the other hyper links can be found by scrolling down from there)


Then get deeper into the skull duggery:


NAMAZU IS KNOWN FOR HIS UNIQUE INSIGHT INTO COASTAL WEATHER AND CLIMATOLOGY: HE SUGGEST THE FOLLOWING TO HELP YOU GET UP TO SPEED ON THESE SUBJECTS:

Click on the smaller book cover icon to read more about the books or to price or purchase.

EYE Wonder: Weather is Namazu's selection for young readers in the primary grades.

Namazu says Ecological Climatology is written at the post graduate level and assumes some background in Meteorology.
.

Namazu says this work is too uncritical of "global warming", and its estimate of the rise in sea level is way overblown for the short term but everyone should read both sides of the "climate change" debate and its prediction that any U.S. Coastal City could be laid waste like New Orleans was in 2005 was demonstrated in recent week with Hurricane Sandy, without the predicted rise in sea levels.

TO DEVELOP THE INCREDIBLY COMPLEX AND INSIGHTFUL CATFISH MIND.....
YOU HAVE TO READ LIKE A CATFISH!