ON THE BULLETIN BOARD TODAY: Next week we will be publishing an expanded Namazu suggested reading list as we continue the series : "READ LIKE A CATFISH"

THURSDAY 11/15/2012: Namazu took us back to Galveston, Texas 1900 for a look at the greatest natural disaster to hit America in her entire history in search of lessons relevant to disaster preparedness. If you haven't read it yet look below the special interest sections and click on the blog for the date. (November 15, 2012)

MONDAY 11/14/2012 (Repost originally posted 11/08):  NAMAZU REPOSTED PART 2 OF HIS TWO PART SERIES ON THE VULNERABILITIES IN OUR UTILITY GRID AND HOW THEY CONTRIBUTE TO THE SIZE OF DISASTER IN THE WAKE OF COASTAL STORMS AND SUGGESTS A COUPLE OF SOLUTIONS FROM NAVAL ARCHITECTURE THAT COULD MAKE THE GRID LESS VULNERABLE.  Watch over the next several weeks for some related developments from a company called HELIIOS RUEHLS, LLC we have been in contact with them this past week and they have some exciting new solar technology that could make the Namazu inherent emergency power for small housing clusters idea pay for itself.

NAMAZU'S INCREASINGLY POPULAR TWO PART POST ON THE PRESIDENTIAL ELECTION, HIS PREDICTIONS FOR  ECONOMIC RECOVERY, AND HIS VISION OF THE  FUTURE OF AMERICA  IS STILL POSTED. TO YOUR RIGHT BELOW THE INTERESTS SECTIONS ("INTRODUCTION", ADMIRALTY LAW ", AUTHORITATIVE LITERATURE, ETC.) IS THE NOVEMBER BOG POSTING LIST, SCROLL DOWN AND CLICK ON 11/7/2012 NAMAZU FULLY LOADED PART 1 AND PART 2  FOR ALL THE MORE RECENT WISDOM FROM NAMAZU SCROLL DOWN PAST THE FIRST ADVERTISEMENT. *Station IDs between 11/7 and the repost were temporarily removed so that parts 1 & 2 would appear sequentially, to ease searching by the many visitors who are appearing on key word searches that indicate an interest in these two posts.

IN THE NEWS : THE EVOLVING SITUATION IN GHANA:

As reported earlier in the week Argentina has sued Ghana over the seizure of its warships in a Ghana port based on a Ghana court's interpretation and decision to honor a U.S. Federal District Court ruling. The Argentine pleading is now before the International Tribunal for the Law of the Sea. No date has been reported yet for the preliminary proceedings. The link below remains our latest news.

OUR OWN OG EXPLAINED IN A TWO PART ILLUSTRATED BLOG WHY HE PICKS ARGENTINA TO WIN. Below the link to the news story of the law suit is a short reprint of a portion of Og's prediction of the winner in this legal contest, we're sure you'll see the irrefutability of his legal logic. 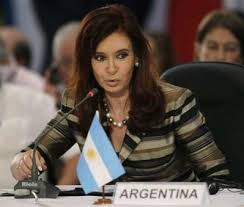 This is a picture of President Cristina Fernandez de Kirchner of Argentina. While she is probably the best looking head of state on Earth at the moment, she is no friend of the United States. She still thinks that Argentina is entitled to the Falklands though there is absolutely no merit to the claim under international law. As for taking the Falklands back by force it ain't going to happen. Yes England's Royal Navy has shrunk and doesn't have all of the capabilities that it had at the outbreak of the Falklands war. But Christina can't keep her shrinking navy out of the hands of creditors".

The AAIS took issue with her over her stand on the Falklands, but international law is what it is, and on the issue of the immunity of war ships she has it right. We have found no evidence based on the Argentine, Ghana, and British accounts of the events that Argentina ever pledged any warships for their loans. Additionally if Argentina did, it would have been illegal and unenforceable,  unless one could find  an incredibly ignorant magistrate, or corrupt one to your purpose.  If Argentina actually did pledge the ships in security for the bonds, it would have been in violation of international law , done by one of President de Kirchner's predecessors and not legally binding on her. Indeed she would have an international duty to repudiate the act. Warships are exempt internationally from the collection efforts of national creditors to avoid a breech in the rule of law that establishes the extraterritoriality of warships. Let that camel's nose in the tent and every nation on earth knows that their mightiest war ship has to occasionally stop for fuel,water, and food in foreign ports. Enemy agents could simply hire lawyers, pose as creditors, or fake a harbor pollution incident that frames the war ship, and local police in larger numbers and better armed than the ship's crew swarm up the gangway and take your best naval battle asset out of action. The extraterritoriality of warships is, always has been, and must remain sacrosanct.  So while a  U.S. judge started this thing in motion, with a ruling that may or may not have anticipated seizing a war ship , this woman is actually standing up for the legal interpretation that America needs, but we are doing nothing to rein in this judge who has displaced the role of the Department of State.

Bonds are issued on "the full faith and credit" of the issuing government. That is usually enough for bond speculators even when a nation doesn't have that great a reputation for fiscal responsibility. Governments always have income because they can tax. They go through hard times but rarely are nations extinguished. One head of state and / or government always tries to pay the debts of predecessors in order to maintain value in that "full faith and credit". In the case of the default that caused the warship seizures Argentina did meet with creditors before default but Elliot Capital wouldn't come. The other investors were able to preserve their principal, Elliot could have too, but refused to participate in the managed default, demanding payment of the face value of the bonds as calculated to the day of default. Businesses declare bankruptcy , nations declare default. In either case if a creditor refuses to bargain in good faith they can be left out.


Of course this thing is headed next to an international courtroom. Any lawyer will tell you that any trial is crap shoot. Just because 2,000 years of Western international law favors Argentina doesn't mean that Christina gets a cake walk.  But I think it looks pretty good for Argentina going into the ring, all legal arguments aside. Why? 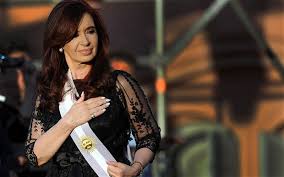 So who do you think gets the world opinion sympathy? Who is going to be the news media darling? Who looks like a stooge? Who looks like a greedy crook? No I didn't say who is.... I said who looks like.... You do understand now why Argentina is expected to come out of this with flag held high? Like it or not despite her dangerous views on the Falklands, the United States had better hope that "Earth Mother" takes the "stooge" and the  "highway robber"  down to the mat in court. A U.S. Carrier Task Force could be the next ship group seized while on a foreign port call for improper garbage disposal or whatever.

TO DEVELOP THE INCREDIBLY COMPLEX AND INSIGHTFUL CATFISH MIND.....
YOU HAVE TO READ LIKE A CATFISH!

Posted by American Admiralty Books at 1:30 AM