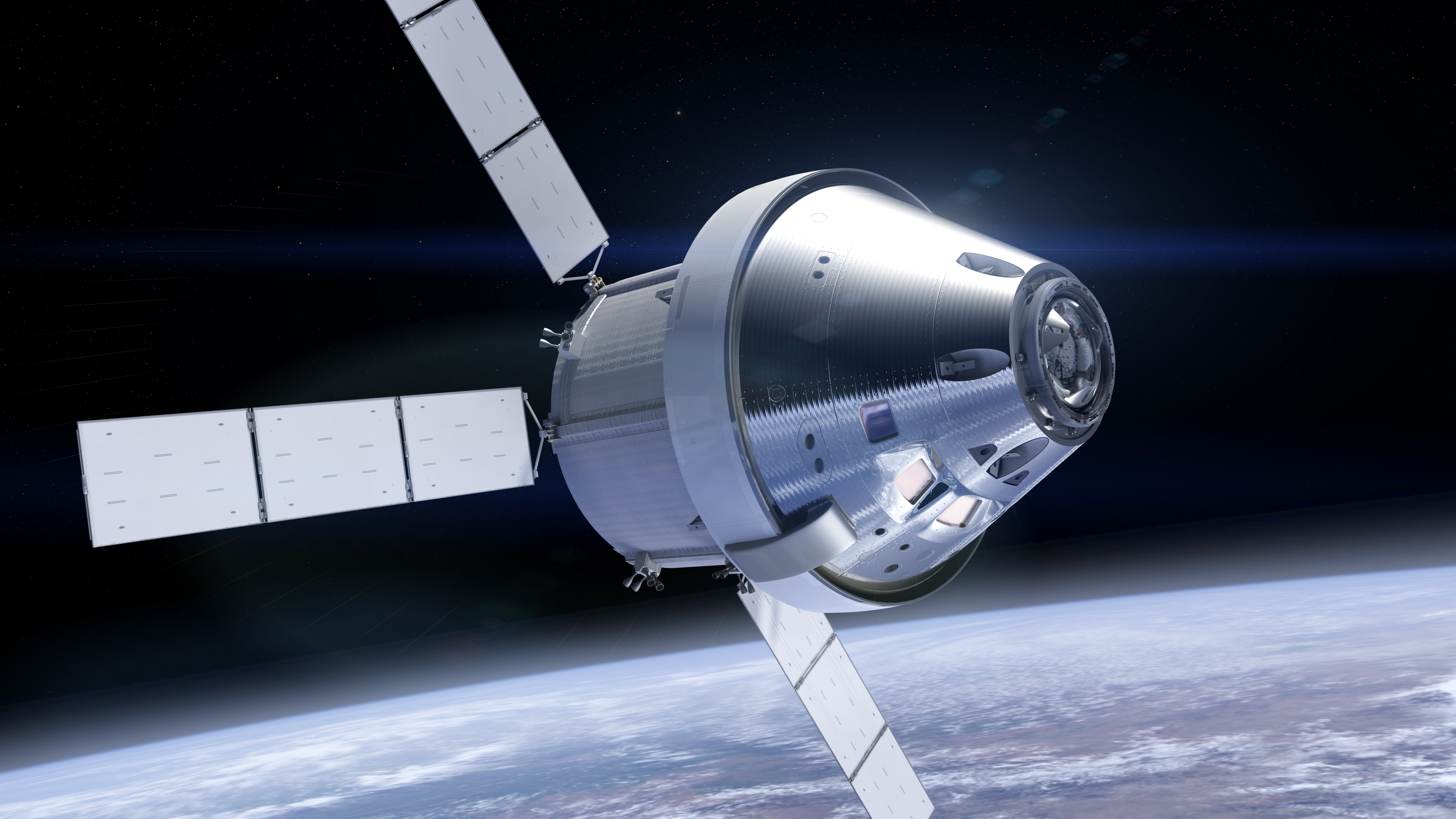 
WHEN WORLDS GREAT AND SMALL COLLIDE

Extinctions of species as well as societies, and the spread of disease as well as of useful plants and animals occurred when the Old and New Worlds met. Parallels could occur in space exploration. We need to examine existing protocols and past protocols from the moon missions and how well they worked. Such an examination suggests that much work is needed in this area before our first encounter with extraterrestrial life. South America exported the potato to Ireland which some think was a mixed blessing at best. Europe received corn from the Americas but to this day utilizes it mostly as animal feed. Unlike Americans of European descent today's Europeans have yet to raise or purchase the "sweet" varieties of corn that Americans consume without first passing it through a bovine digestive system for conversion to beef.  Europeans reintroduced the horse to the Americas and while mounted on them drove a number of native civilizations to extinction. Microbes were exchanged some beneficial like those needed in the processing of yogurt and wine, others like small pox, the natives would have been pleased to have avoided. This entire two way traffic in living stuff we call "the "Colombian Exchange" and it is still ongoing. As we discuss the pros and cons of such exchanges and the needed protocols to control and mitigate the undesirable changes we will simply refer to any such exchange whether between the Americas and Europe, or Asia or Earth and outer space or other planets as a "Colombian Exchange". We aren't the first to coin that term, perhaps we are the first to use it as a generic term for similar events past and future. If you wish to read deeper into the subject than our brief treatment allows we suggest:


Whenever two populations of organisms that have been in isolation meet there is an exchange of micro organisms right down to the *viral level where scientists aren't too sure they are actually looking at an "organism".(See SCIENTIFIC AMERICAN  Are Viruses Alive? http://serc.carleton.edu/microbelife/yellowstone/viruslive.html ).   Small pox did more to conquer the Central American civilizations than Toledo steel swords and smooth bore musketry. When visible worlds collide small worlds collide as well, the tiny worlds of virus, bacteria, protozoa and whatever else that we haven't discovered as yet that might be out there.  The whatever else is particularly unsettling when we consider some of the unusual ideas of Sir Fred Doyle, Chandra Wickramasingle and others who propose that on extremely rare occasions genetic material not of this earth reaches here. While this is not a mainstream scientific idea, there is some serious science in their arguments and most of the main stream scientific community falls a little short calling the idea impossible. So lets consider just for a minute that Doyle might be right. Lets consider that in the light of the loss of Gus Grissom's first space capsule in the Atlantic Ocean. To this day we don't know why upon return to earth the hatch of the capsule blew open and almost drowned Grissom, allowed the capsule to fill with sea water, and sink to the bottom of the ocean, the cradle of life on this planet. Like Doyle's critics we don't think there was a serious chance that the exterior surface of the capsule would have picked up a virus like "organism" and that it would have survived the fiery entry of the capsule, but suppose the such a capsule had samples of Mars soil on board? Why was all of the post landing inquiry focused of what exactly happened to cause the door to malfunction vice how do we assure that in a landing gone wrong stuff that could be harboring extraterrestrial life does not come into contact with environment?

During the Apollo era astronauts returning from the Moon were kept in isolation as a precaution against their carrying virus like pathogens from the surface of the moon. The length of time of their isolation was based loosely on known incubation periods for known pathogens on earth. It doesn't look like anyone asked if non earth evolved pathogens might have a longer incubation period. Moon soil samples likewise didn't seem subjected to any really out of the box sanitation measures. Despite recent discoveries here on earth of life forms at the bottom of the sea in sulphur vents, and hot springs that don't seem to be subject to the environmental conditions once thought essential to any type of life , we haven't seen a broad spectrum isolation protocol come out of NASA with our recent robotic probes of Mars. When we do return a soil sample what will be our sanitary protocol?

We don't have to meet ET to be exposed to really deadly pathogens. In fact it is far more likely that the first life we encounter out there will be microscopic. If some Buzz Lightyear of the future gets eaten on an alien world by an extraterrestrial version of a T-Rex we're out one astronaut. If an astronaut brings back an alien virus for which we have no resistance or cure, it could be the end of all life on earth. But then again microbes aren't the only hazard. Ever seen parts of Mississippi over run by Kudzu? The Kudzu vines looks vaguely like a creeping ivy. Its not native to the U.S. Deep south, but it sure likes it. This at first seemingly harmless  item of exchange in the Colombian Exchange didn't hitch hike here on some banana boat. We brought it here for the hoped for beneficial effect of erosion control in areas of very sandy soil and heavy rain. Road cuts in parts of Mississippi, Alabama, and Georgia were eroding faster that nature could heal them and it was thought the fast growing Kudzu could put a stop to it. Well the Kudzu liked the Deep South just fine and not only covered the road cut scar but continued right up into the pine forests clear to the top of the trees and then spread a canopy from tree to tree until, almost before anyone noticed it,  a hundred acre forest could be smothered , cut off from light and killed. But the emerald green  Kudzu looked happy draped across trees dead or alive. If we find a plant out there are we going to bring it back? You can bet on it. Do we have sufficient protocols in place to insure it stays in isolation and never gets out into Earth's natural environment? We're not so sure on that.

Ask your self this. Is that image pictured above supposedly an artist's approximation of an alien "face" as described by many "witnesses" so often it has almost become our standard image of a space alien actually a face or could it be a bio barrier mask. Are those big eyes with no pupils or dark protective lenses? How could any creature breath through nostrils that tiny or get enough to feed an energetic biped over five feet tall through that tiny slit of a mouth? Might it be that what has been seen, assuming that anything has actually been seen, is the air intake and exhaust of a bio hazard safety mask? Have you ever noticed in the descriptions of these beings there is never any mention of real clothing, nor of any sex organs or secondary sexual characteristics? Could it be that we are seeing something like a thin wet suit and mask designed to keep micron sized pathogens out of the suit and to keep the personal kooties of who ever is in there locked in? Wouldn't that be a nice courtesy. The Aztecs and Mayans would certainly have appreciated such thoughtfulness from the Spaniards. Maybe if we are being visited, our visitors are far more courteous and safety minded than the history of our last wave of first contact experiences.

Another troubling parallel between our maritime experiences and our space experiences is the possibility that government protocols applicable to government run missions may not be nearly enough. We are already developing a space launch and flight industry. There are private satellite launch services operating already and private "space planes under development.  There is just about no doubt that by the time we are pushing manned flight beyond our solar system there will be a lot of non government commercial traffic in our solar system. When Columbus headed out for the unknown western Atlantic the Western World had about 5,000 years of maritime trade development behind it. There were international norms in the process of ship "entry" the process of a ship formally and peacefully entering a port to engage in trade, there was considerable international uniformity in the process of "Pratique", meaning the conditions that a ship was expected to adhere to once it was formally entered and granted official permission to hold communications with the shore.  Finally the process of "clearance" was very uniform through out the European Atlantic and Mediterranean world, that process where in a ship presents proofs that it adhered to the conditions of its pratique while in port and is cleared by the port authorities for its next destination. Despite the experience that European merchant captains had with such a system, they ignored the evidence that the Mayans had such a system and just barged right on in.

Now more than 500 years later our own maritime practices of entry, pratique, and clearance are still adjusting especially in the way of ship sanitation. The lamprey and the zebra mussel have caused major changes in our rules about the ballast water discharge. Our sanitation measures failed us completely in the realm of rat guards, the Norwegian rat is now a universal pest. Despite our best efforts fire ants got off the boat at Mobile and are over running the American South. Centuries after the start of the Colombian Exchange and we are still struggling with the creation of regulations, regulatory agencies to try and slow the processes of exotic intrusion and native flora and fauna stress, and frequently our own economic distress. Maritime history is ripe with examples of those who deliberately side stepped the established safe guards and profited by increasing the stresses of the Colombian Exchange. We are heading out into space with an already evolving private transport industry without any development for the entry, pratique, or clearance of cargo carrying traffic.

We have a remarkable lack of protocols for where we are going. Our maritime technologies and institutions had thousands of years of development before the European Recognisance and we still ended up eliminating entire civilizations, major human populations, hundreds of plant and animal species, and spread disease all over the globe. Yet the average world citizen today would vote for the continued globalization rather than to go back to the era when great civilizations went for centuries with little knowledge of each other. Going into space involves big risks and big rewards but our maritime experience points to the necessity to proceed with caution and to develop serious, detailed, protocols. If ET has been watching us as so many Ufologists suspect, his people have been watching us for a good thousand years or more. Yet there is no official contact. If they are real could it be they have learned through bitter experience to be very careful on first contact with any sort of life? We need to avoid doing anything rash.
Posted by American Admiralty Books at 12:36 AM