THE MARITIME ACADEMY OF NIGERIA IS NOW A DEGREE GRANTING INSTITUTION. TEXAS AND LOUISIANA BASED OFFSHORE SERVICE COMPANIES NEED TO RETHINK HOW THEY DEPLOY IN THE AREA.

We carried a post not so long ago that lauded the professional handling of some instances of piracy by the Nigerian Navy. Then more recently we learned of the kidnapping of two American Merchant Marine Officers from an American flagged offshore service vessel off of Nigeria. Fortunately that incident turned out well for the officers and their families. But in the press coverage surrounding the incident we learned that the group who took the officers had earlier threatened the company for failing to employ local people at the level advertised when the work boat company was originally approved to work in the Nigerian Exclusive Economic Zone. We will never condone piracy or kid napping, but our study of the situation revealed that in fact the level of Nigerian participation in their own maritime generated economic activities is below par with the availability of their trained work force. The Nigerian government has been in the commercial maritime education business for some time. The National Maritime Academy of Nigeria has produced not only trained officers and ratings but quite a number of shore side support professionals. The government of Nigeria is trying to both develop the nation's offshore oil resources and protect its cabotage trades at the same time. Never an easy task when the oil is discovered before a nation has a mature maritime infrastructure. Nigeria is trying to develop naval forces, suppress piracy, build port infrastructure, create a maritime education system, all at the same time amid a number of complicating factors.

The Maritime Academy of Nigeria was originally called the Nautical College of Nigeria and as such was established in 1979 by Federal Executive Conclusion No. EC (77) 172. The school was designed as a post secondary school for the training of shipboard officers, ratings, and shore based management and administrative personnel. The first class for ship's officers graduated in 1983. In 1988 the scope of instruction for the college was broadened to include a statutory mandate to to prepare all levels and categories of personnel required for the effective and efficient operation of the entire Nigerian maritime industry, which frankly is still emerging but already includes ocean shipping, tug ,harbor, and inland commercial navigation, port and terminal operations, off shore oil, steam ship agencies, long shoring and stevedore organizations, cargo consolidators, custom house brokers, and customs agents.

American and other foreign providers of these services need to realize that they haven't been brought in to permanently provide these normally protected cabotage services but to help develop these industries for the nation. Those who don't understand that are likely to find their tenure shortened. There is a pool of academy trained labor at every level, obviously not enough to fill all needs or foreign maritime operations companies wouldn't be there. But those that are there need to review their hiring practices. Are you hiring Nigerian when available? More over are you creating intern and apprentice programs to replace guest foreign labor at the conclusion of their contracts?

There is evidence of problems both within the Nigerian government and with many foreign maritime companies operating within the national waters. Apparently some powerful outside interests would like to carve out permanent positions for their companies and have the ears and no doubt line the pockets of some Nigerian government officials. This foreign competition even extends to commercial training organizations. At one point we even found evidence of a private rival maritime academy using the same name as the official national school. It may not seem like a good move to shut down and discourage the formation of private training facilities when a nation needs more maritime professionals than it has. But quality counts and the national school which recently upgraded to a four year degree granting institution is in contact with the United Nations sponsored World Maritime Academy and is working with reliable professional guidance towards meeting the mission statement of the Academy which is::

" To provide the merchant Navy, the maritime industry and allied industries, qualitative education and training that accords with up-to-date technology that meets national and international standards and satisfies end-user expectations."

Very shortly we expect the Maritime Academy of Nigeria to achieve its vision statement which is:
" TO BE INTERNATIONALLY RECOGNIZED AS A CENTER OF EXCELLENCE IN MARITIME TRAINING"

You can learn more about the Maritime Academy of Nigeria by clicking on the links below:
training.https://sites.google.com/site/maritimeoron/about-us

Nigeria has had a Marine Department in its government since 1914 but has not been able to launch a successful national shipping line, a separate coast guard, or properly man its ports and internal service vessels. Part of the problem has been a dependence on foreign labor that sought to make careers and branch offices rather than to provide interim services and training/ consulting services. The Maritime Academy of Nigeria with its paramilitary cadet corps inculcating in students of the maritime professions  not only the nautical arts and sciences, but also Nigerian patriotism, and an understanding of the importance of maritime industry to a coastal state; is the key instrument that ultimately will change all that. We urge Louisiana and Texas based companies  operating in Nigerian waters right now to change course, and create Nigerian internships, and hire Nigerian where ever possible and as soon as possible.  Nigeria will have many maritime activities to develop in this century. The companies that help Nigeria achieve its national goals will be asked back , those who simply try to ride the temporary economic advantage of the Nigerian maritime skill shortage will be locked out. Helping Nigeria build its maritime industry is simply enlightened self interest. The Academy is putting out more Nigerian maritime professionals every year. Eventually room must be made for them. Its their Exclusive Economic Zone. Lets not become a more subtle version of China. U.S. companies may not claim the off shore territory, but are we facilitating the real owners or displacing them? If you want to be "the go to guy" for developing nation's maritime projects.....don't act like an imperialists.


We'd like to thank Google Circle member Yekini Toheeb for alerting us to the latest development at the Nigerian Maritime Academy . 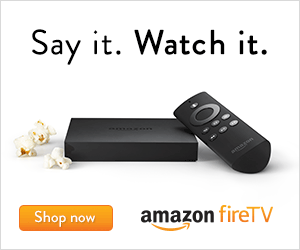