01/01/2013 Station Identification and Notice Board 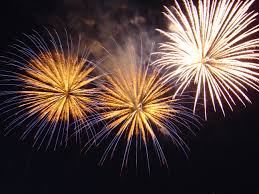 
NEW TO OUR SITE? WONDER WHAT WE ARE ALL ABOUT? CLICK ON THIS LINK FOR AN ENTERTAINING VIDEO EXPLANATION http://www.youtube.com/watch?v=AFw32RRJY98:
If you want more detail after the video click on the INTRODUCTION page in the right hand margin.

IN THE NEWS OF LATE: 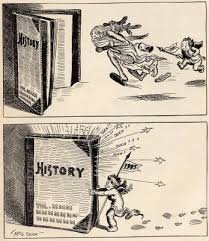 THE NEW YEAR BEGINS WITH A REMINDER THAT WE ARE LIVING THE ANCIENT CHINESE CURSE "MAY YOU LIVE IN INTERESTING TIMES."
In the Strait of Hormuz Iran continues to threaten to disrupt this vital passage between the seas so important to the oil supplies of the west. In the South China Sea and the East China Sea the dragon becomes more aggressive by the day. The American media and the American government seem to be almost unaware of the fact that an important military ally, important trade partner, and a nation we are bound to by defense treaty Japan has its Coast Guard squared off with the government ships of our largest creditor, China.  Below we link you to news stories that indicate that China is starting to militarize their Coast Guard functions and center them in a service that is increasingly military, a service now about to receive two destroyers. The situation is hot and getting hotter. On any given morning we could awake to find that Japan and China are exchanging shots between war ships in disputed seas. Our own nation then, and our navy face a Hobson's choice. While all this is going on the donkey and the elephant continue to struggle with the dreaded "Fiscal Cliff". Defense budgets continue to decline and the various politically correct forces of "jointness" assure that the Navy gets as much in the way of cuts as all of the other armed forces though what we most need at the moment is a larger navy. 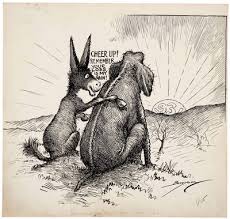 Chinese warship harassed Phl boats off Kalayaan’
By Jaime Laude (The Philippine Star) | January 1, 2013
MANILA, Philippines - A Chinese amphibious warship twice harassed a four-boat convoy of Kalayaan town while delivering food and other household supplies to the inhabitants of Pag-Asa Island last Oct. 27, according to the mayor of the island town.

Mayor Eugenio Bito-onon, who recently returned to mainland Palawan from the island town, said a silver gray warship with bow No. 995 directly sailed towards and crossed the path of M/T Queen Seagull, a 200-ton vessel owned and operated by the local government of Kalayaan island town in the Spratlys.

The vessel, a cargo and supply ship, is being used to haul supplies from mainland Palawan to the civilian residents in Pag-Asa island, the seat of the Kalayaan island municipality that comprises the country’s seven regime of islands and two reefs in the hotly-contested region.

Iran claims to test-fire missiles near crucial Strait of Hormuz
December 31, 2012
Associated Press
TEHRAN, Iran –  Iran's navy said Monday it test-fired a range of weapons during ongoing maneuvers near the Strait of Hormuz, the passageway for one-fifth of the world's oil supply.

IRNA quoted Adm. Amir Rastgari, spokesman for the exercise, as saying the Iranian-made air defense system Raad, or Thunder, was among the weapons tested, along with various torpedoes and underwater and surface-to-surface rockets as well as anti-ship missiles. The Islamic Republic said it also deployed domestically-made hovercraft during the operation.

China adds destroyers for surveillance
(AFP) / 31 December 2012
China has transferred two destroyers and nine other ex-navy vessels to its maritime surveillance fleet, reports said Monday.
This move is to beef up its position in bitter territorial rows with Japan and other neighbours.

Beijing renovated the ships and transferred them to surveillance operations to “alleviate the insufficiency of vessels used to protect maritime interests”, said a report on Tencent, one of China’s major news portals.

China is embroiled in a maritime dispute with Japan that has seen tensions between the two Asian giants, the world’s second- and third-largest economies, at times reach fever pitch.

It is also engaged in a simmering row with its southern neighbours over its claim to vast swathes of the South China Sea.
http://www.google.com/hostednews/afp/article/ALeqM5hZprYNSbkAmG7aM74jGvBxnDwLDw?docId=CNG.47fd4f68ec4ed83f22f1abdc3b8b7baa.681

Editor's Note: Over the weekend we carried a story of a Chinese general officer making public pronouncements suggesting that China needs a military Coast Guard. One day later the news of the transfer of destroyers to the Ocean Surveillance Service reaches us. An armed "Coast Guard" frankly in our opinion has been part of the Chinese "naval establishment" for some time now.

Editor's note: Welcome to the new year. It looks like the lawlessness at sea will continue for 2013.

A Russian warship carrying a marine unit has left its Black Sea port for Syria amid preparations for a possible evacuation of nationals living and working in the strife-torn country, news reports said on Sunday.

CHANGES IN PROGRESS, YOU MAY NOTICE:

You may notice that the posts for January 2012 are no longer available on the right hand column of blogs or posts by date. They are still here if you are looking for something specific from January 2012. We have already moved them to the temporary archive located in the Index Section which you may click on at the bottom of the special interest pages or sections listed on the right. Once in the Index and Location Aids section simply scroll down until you find the January 2012 posts. The 2012 posts will be moving to the archive about one month at a time. We are able to keep only 12 months of material available for instant retrieval filed by month on the home page.

Your Advertising Blocker Programs make some non advertising parts of our blog invisible to you. We designed our blog around minimal advertising and we are working to make the site easier to use if you forget to turn off your advertising blocker programs. But that is going to take a while.

We have learned that typical advertisement blocking applications in common use perceive our book cover icons as advertisements and block them. If you are viewing us through such software you may read a book review in any of our sections and perceive indications that a point of retail purchase or more information on a title is only a click away but then there is nothing to click on. For the time being our site is best viewed with advertising software turned off.

We don't carry banners or pop ups. The only straight forward advertisements are between postings and these are few and far between. But this is a site that sell books as well as reviewing them, and we do offer retail on line shopping in the Fishing, Surfing, and Diving sections. Unfortunately typical advertising blocking soft ware simply makes these features, that many visitors enter here for, invisible. Much of this site is visible on most any internet access device regardless of the various filters involved. We are working on improving reception all the time. But reception will probably always be best by viewing us in Google Chrome with advertising blocker programming turned off. We do not carry pop ups, streaming ads, or banners across any part of the text you are trying to read.

IN THE BLOG SPACE YESTERDAY:

REPTILES ON ICE, THE ADVENTURES OF CHINA'S M/V SNOW DRAGON ALONG OUR ARCTIC COAST.

IN THE BLOG SPACE OVER THE WEEK END

We have temporarily removed the weekend station Identification and Notice board so that if you missed the weekend posts you need only scroll down.

HOW FAR WILL THE DRAGON SWIM? CHINA's LONG DISTANCE FISHING FLEET IS STIRRING UP TROUBLE.

WHALE EATING JAPANESE, THE JAPANESE HAVE EMBARKED ON YET ANOTHER WHALING SEASON

NAMAZU ON THE FISHING AND WHALING STORIES OF THE DAY, A VERY SHORT PITHY COMMENT

Posted by American Admiralty Books at 1:29 AM