THE PORT OF GIOIA TAURO IN ITALY HAS BEEN CALLED "THE CATHEDRAL OF THE MAFIA".

Merchant Ships of the participating nations particularly Russia, Denmark and Norway will pick up Syria's chemical weapons at the Syrian port of Latakia and transport them to the Italian port of Gioia Tauro for off load, temporary storage, and reloading onto the USNS CAPE RAY for on board destruction at sea. All of the authorities of every involved nation have come under some criticism in the media for the selection of Gioia Tauro for the transfer point due to the reputation of the port city as a Mafia haven and recent incidents of drugs and weapons interdicted at the port.

The Syrian port of Latakia, not exactly a squeaky clean center of legitimate and non controversial maritime commerce is the starting point for Syria's out bound chemical weapons.

The USNS CAPE RAY, the ship that gets to do the dirty work, and the terminal point ion the voyages of Syria's deadly chemical weapons..

Newly installed tanks on board the Cape Ray to contain the chemicals.

All Photos : United States Department of Defense or U.S. Navy

We think the criticism is unjustified , we think the operative word is that the drug and weapons smuggling were interdicted in the port. That would indicate that despite the presence of the Mafia in the region the port security does not appear to be compromised, though it may have been once. The Italian customs service in the area is not thought to have been infiltrated or compromised by the Mafia. You can bet that the Italian Navy and especially the Italian Coast Guard will be involved in the port security during the transshipment operation. Those two organizations have our utmost confidence, which we base on familiarity with these organizations.

Moreover the authorities who set this up had to go with a port willing to allow the operation. As you might well imagine the transshipment of chemical weapons suffers from the usual "not in my backyard" objections, so ports weren't exactly standing in line for this job. None the less selection of this port has drawn media fire, as one recent published article put it "Making the world safer isn't exactly the sort of thing commonly associated with this port...." But the same article noted local officials describing their first train of thought which was very much along the "not in my back yard lines; "At first there was worry that we wouldn't be safe with the chemicals here". However, a second thought proved dominant...."but this is our chance to play a role in world peace". An that is how the alliance secured use of a convenient transshipment port.

The world media however is well aware of the port's recent past; "The port is considered one of the foundations of the wealth of the ‘Ndrangheta crime family, a Mafia clan that accounts for an estimated 3.5 percent of Italy’s annual gross domestic product and is said to make more money in a year than McDonald’s".

We however, think the emphasis should be on the past, the fact that the days of unbridled Mafia influence are over in the port..This will be a tightly guarded operation with a lot of oversight from the Italian Coast Guard. We are betting on an anxious to prove its mettle port authority, a competent and aggressive Italian Coast Guard, and our own American Navy civilian mariners (CIVMARS) who man the CAPE RAY for a smooth. accident and theft free operation. 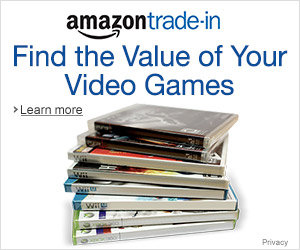 Shop Amazon - Find the Value of Your Video Games