Here's one we really didn't see coming. PIRATE RETIREMENT PROGRAMS. Please follow the link to the entire article. It seems pirate retirement programs in Somali include apparent immunity from prosecution and diplomatic passports. And you get to keep your millions. Then read Namazu's post for today on NGOs and his description of pirate cabals as NGOs. The catfish hits the nail on the head again!


One of Somalia's most notorious pirates, who terrorised vast areas of the Indian Ocean, generating multi-million dollar ransoms from the ships he seized, has announced his retirement.
Mohamed Abdi Hassan, aka 'Big Mouth', says he is quitting after spending eight years as a pirate leader.
http://www.abc.net.au/news/2013-01-11/notorious-somali-pirate-king-pin-27big-mouth27-retires/4460276

FROM THE NEWS AND IN THE BLOG SPACE THIS WEEK:

Navy to stretch deployments; aircraft carrier fleet down to 9

HOW FAR WILL THE DRAGON SWIM? WHY HE IS RIGHT

IN OUR BACK YARD NOW!

deep water port in Morgan City, Louisiana near the

mouth of the Atchafalaya River. The project would be

fashioned after a similar man-made island in Hangzhou

Bay, near Shanghai. For the complete story click on the

link below for the TRI PARISH NEWS:

The Japanese government is aiming to boost its military spending by $2 billion in response to its diplomatic row with China over the disputed Senkaku islands.http://www.theepochtimes.com/n2/world/japan-to-increase-military-spending-by-2-billion-in-response-to-china-334157.html


The Chinese government has appropriated $1.6 billion to fortify islands in the South China Sea currently claimed by other nations, notably the Philippines. The fortification plan includes construction of airports, piers and other facilities that could have both civilian and military uses.
The funds were specifically appropriated for the newly established Sansha City under the maritime province of Hainan.

The Rescue of the Crew of the Mobile Offshore Drilling Unit Kulluk In Alaska Last Week.

NYC Ferry Accident: At Least 50 People Injured After F/V Sea Streak Crashes Into  Pier http://www.huffingtonpost.com/2013/01/09/nyc-ferry-accident-injures-seastreak-wall-street-pier-11_n_2439607.html  In the blog space today we explain "allisions" and why we counsel not to rush to judgement

The Dragon is on Your Beach, The State of Naval Affairs in The China Sea This Week

-China's most brutal cold spell in 28 years
-More than 1,000 ships are trapped in ice in Shandong province
- Nation Wide travel by all modes has been affected


Back in the 1970s the United States south of Philadelphia experienced something similar, indeed most of usually balmy Chesapeake bay froze over. The U.S. Coast Guard was able to break out some of the Chesapeake bay commerce with their ice breaking tugs, the open ocean did not freeze over. Back in the 1970s there was a lot of talk about "climate change" and it was thought after a series of record cold winters that we were headed to a new ice age. But then the climate began to warm for about 16 years and we were told that we were experiencing "global warming" . Actually the climate has now been cooling very slowly for the last 8 years and the talk is changing to "climate change". Strangely we never hear about the "weather cycles". Weather comes within a given climate range in 5 , 10, 100, even 500 year cycles with the basic boundaries between arctic, subarctic, temperate, sub tropical, and tropical climates remaining about the same and sea level rarely fluctuating more than a few inches.


Both our own Chesapeake Bay freeze over in the 1970s and today's frozen seas in parts of China are well within the recorded 100 year records. Ice breakers and ice breaking tugs cost a lot of money and have a service life of 20 years. It is more economic to simply endure these rare events than to build fleets of service vessel that may not be needed but once every 20 to 100 years. We're not saying the present climate change dogma is wrong, we're just saying that we haven't seen anything that would make an investment like a major ice breaking fleet south of 40 N a worthwhile investment. Our Namazu school of climate change says climate changes, with or without our activities and natural forces exist that can change it dramatically over night. Local, national ,and international governments and businesses need to be doing what they can to be prepared to mitigate the negative effects of sudden climate change because that can happen anytime. But if sudden climate change was to cause navigation crippling ice conditions below 40 N a spring and summer of emergency boat construction can launch quite a few ice breaking tugs. But the shifts in agriculture and the threat to the food supply would be life threatening for many. We should be working ion that at all times. A cold snap is no occasion to start spending money on ice breakers for normally temperate climes; not for us and not for the reptile on ice.

POLAND COMES OF AGE AS NATO MEMBER:
Poland , one of NATO's newest members reached a mile stone recently when a Polish Officer and his flag ship took the lead in the NATO mine countermeasures mission. Read all about it here:
http://www.acus.org/natosource/polish-naval-command-makes-nato-history

THE BOAT BUILDING SECTION NOW HAS AN ON LINE TOOL SHOP

Just before Christmas we began building an on line tool shop in the boat building section. Those of you who are familiar with the boat building section know that we have divided it into actual boat building, and model boat building. Many of the tools used in boat construction may be found at typical big box stores and are common to many forms of carpentry and cabinet making, others are unique and can be hard to find. Everything needed for boat building is available via our Amazon portal. Model boat building tools are often found in small specialty hobby shops. Not everyone lives near such a shop. We hope that if you are a model boat builder you'll consider shopping on line through our portal. In 2013 we will continue to expand our links to helpful videos and increase both our book reviews and access to helpful books for both the back yard boat wright and the model builder.

We posted this link on Sunday January 6, 2012 and we will leave it on the Notice board for a few days. We highly recommend the linked Wall Street Journal article for all of our readers who have been following our series HOW FAR WILL THE DRAGON SWIM about the Chinese Navy and China's aggressive ocean policies. It is particularly a handy background article for those who have not been following HOW FAR WILL THE DRAGON SWIM since its start early in 2012. 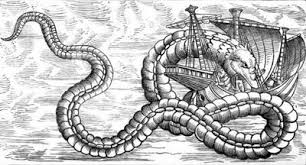 The Wall Street Journal published a highly interesting article the day before yesterday for those of you who follow our continuing series How Far will The Dragon Swim.
In the article the writer describes ten trends to watch for in China during 2013. Interestingly, our own giant catfish maritime political guru NAMAZU described most of these trends over the past year. But most of you haven't really been following us but for a few months, so this Wall Street Journal article will bring you up to speed in just a couple of pages and nicely summarize some of our earlier maritime concerns and observations about China in a neat listing of ten trends. Number 8 of the Wall Street Journal feature; China Will Continue to be the number one builder of warships in the world.  The Journal also recognizes that China will take an even more aggressive stance against its coastal neighbors in it's drive to turn the East and South China and Yellow seas into Chinese lakes.
http://blogs.wsj.com/chinarealtime/2013/01/04/key-trends-to-watch-in-the-year-of-the-snake/tab/print/

Posted by American Admiralty Books at 8:46 AM