UNDERWAY REPLENISHMENT IS THE KEY TO LONG DISTANCE DRAGON SWIMMING

1/23/2015 Editor's Note: It's been just about 2 years since this post was written. In those two years the Chinese have improved their ability to perform underway replenishment at sea but still don't appear to have mastered it. But they are getting closer now that their air craft carrier is operational, though still not militarily "ready". The Dragon still some serious skill developmental work ahead of it before it becomes a Blue Water rival of the U.S., But that is their goal and they do seem to make progress every year.

WORRIED THAT THE DRAGON IS ABOUT TO MASTER CARRIER OPERATIONS?  WHEN HE MASTERS THE "SPAN WIRE" HE IS A GLOBAL FORCE AND THAT LOOKS JUST AROUND THE CORNER. 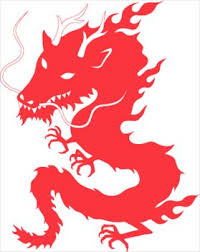 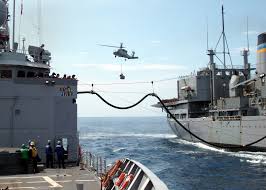 The Chinese People's Liberation Army's Navy (PLAN) has completed successful sea trials with two new 590 foot fleet "oilers" tankers capable of refueling war ships including China's air craft carrier at sea. Possession of these ships and the related "underway replenishment" skills rapidly developing in the PLAN means entire tasks forces could have global reach without having to make port calls that could give away intentions or render the task force vulnerable. To pursue such technologies clearly means that the Dragon is planning on using the PLAN far beyond "the First Island Chain". Soon the old reptile will be able to stand off San Francisco Bay or the Mouth of the Mississippi River at will. These new "fleet oilers" add reach to the new punch provided by China's new aircraft carrier, carrier based planes,new and very quiet submarines, and their guided missile destroyers.

Possession of replenishment ships coupled with last summer's deployments to the Mediterranean and Black Seas and a solo ship's round the world voyage are clear indicators that the Dragon seeks and is achieving global expeditionary capability. The latest upgraded Qiandaohu Class or Type 930 "oilers" were launched last Spring. This week the first of the new Qiandaous completed her sea trials. This is a surprisingly short time to reach the level of "readiness" that these new ships display. At least one of the new ships is probably now cleared for front line use The first and a very regular use for this ships will probably be with China's tasks forces working the counter piracy patrols in the Indian Ocean. This will give China a place to deploy and develop the skills these ships demand which most other participating nations will probably welcome. But when the skills mature and the numbers swell, don't expect the Dragon to play nice.

Our favorite regional navy in the Indian Ocean, India's "Tigers" no doubt recognize that the Dragon now has real staying power in their pond regardless of how regional base negotiations go. The Dragon is not the equal of the Tiger in naval quality, few are. However sometimes quantity has a quality all its own. If the Tiger chooses to respond to the Dragon with quantitative additions to the fleet, the Tiger enjoys the advantage of a lower learning curve. Unlike the Dragon, the Tiger has been flying off of flight decks and replenishing at sea for years and they do all of the advanced naval skills very well. The Dragon will be a long time moving from basic competency  (which they have not fully mastered yet) to serious mastery as exhibited by the Tigers. But we all must realize that the Dragon is about to master globe girdling swimming skills. And the Dragon remains a thug state. 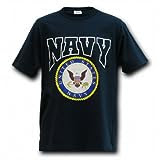