How to negotiate with pirates in the Horn of Africa 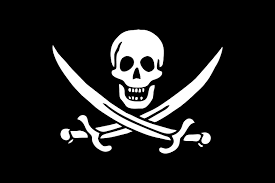 Late last week we carried the news that Somali pirate King Pin "Big Mouth" had held a press conference to announce his retirement. Apparently this was no joke the pirate leader who had amassed millions hijacking ships and their crews and holding them for ransom claimed that he was renouncing piracy and retiring. Of course he intends to retain his millions and something that passes for a Somali "government" has given him a diplomatic passport. If he is careful he can probably travel on such a pass port to a number of places in the world that will honor it, so he won;t have to confine his retirement to Somalia. As we have noted previously there is nothing new in piracy. Back in November we carried the posting that we republish below linking you a scholarly study of pirate ransom demands and negotiations in another century. Between 1575 and 1739, the study period a lot more pirates than is common today ended up dead in naval encounters, many were executed, but even back then a few .....retired rich men.

SEIZURES of ships by pirates off the coast of Somalia may be down in recent months, but the interest of social scientists and economists in the country is undiminished. Because the place has been so stateless for so long, it provides a testing ground for theories about how people behave in the absence of meddlesome government.

Piracy isn't funny, its nothing like Capt. Jack Sparrow and his merry band of maritime misfits.

There is a certain economic aspect of it that is so regular as to lend itself to study. There are actually some pretty decent records of thousands of ransom negotiations conducted between 1575 and 1739 and some patterns seen then seem applicable to the Somali operations now. THE ECONOMISTS recently looked into this and published some interesting finding which we link you to below: