THE EXPANSION OF THE PANAMA CANAL IS MAKING PROGRESS THOUGH COMPLETION COULD HARDLY BE CALLED ON TRACK FOR BEING ON TIME OR UNDER BUDGET.

The Panama Canal expansion is making serious progress. It probably will be completed early in 2015 though the Panama Canal Authority has set a completion date of October 2014. It seems highly unlikely that real completion will make that mark, but the expansion which will double the Canal's capacity is on track for completion and the costs over runs are not crippling. When completed the canal will not only be able to handle more ship transits but also larger ships. This is having an impact on United States ports already. U.S. ports to remain competitive are engaged in dredging and other infrastructure projects to handle the new "post Panamax "ships, up to 160% larger than the largest ships presently able to transit the Panama Canal. The financing for these port projects is not easy to come by.

The biggest problem is federal financial assistance. The United States hasn't had an actual budget in 4 years. Sequestration certainly doesn't make money available for such activity. Certain customs revenues are supposed to be set aside for such port infrastructure improvements and maintenance but without a budget it is extremely difficult to free up funds. Like most such designated trust funds set aside for specific purposes , including even the Social Security Fund voracious Congresses have raided the funds to finance pet projects focused mostly on getting certain members reelected. Some ports like New Orleans with channel depths and bridge clearances already sufficient for the these larger ships will scrape by without much improvement in infrastructure. Others like New York are spending millions, indeed in the case of New York, about $750 on increased bridge clearances. Some ports like Boston simply can't raise the money, and see a continuing trade conducted by smaller ships and so have deferred on dealing with the situation at all. West Coast Ports generally were already in decent shape in terms of channel depths and bridge clearances . The new expanded canal is going to bring a lot of changes to a lot of U.S. Port economies starting in 2015. Winners will include New York, Baltimore, Miami and Norfolk on the East Coast and on the West Coast Long Beach, Oakland, Los Angeles and Seattle. How big time ports like Boston, Savanna, Mobile, or Houston will fare is hard to predict. New Orleans will probably retain its position as the number one bulk commodity port many of the bulkers already calling there are already larger than Panamax. There will be losers. There always are but we will have to wonder as the losers emerge what their fate would have been if we had a responsible federal Government in place as this situation evolved. 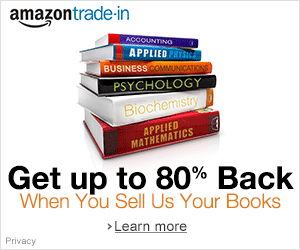