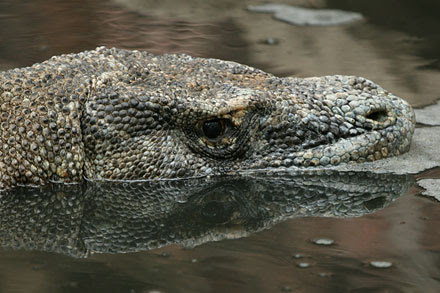 On Wednesday July 16, 2014 China was removing an offshore mobile drilling rig from Vietnamese waters. This move wasn't in response to protests by Vietnam but simply the result of completion of operations. Offshore oil operations work like that. First seismic vessels enter the target area and do research. Then an exploratory drilling unit is brought in for a test well or two. Depending in what is found, quite a time lag may be involved between the completion of an exploratory well and the start of production. Relief abounded on Wednesday when the MODU (Mobile Offshore Drilling Unit) was reported moving away from Vietnam's waters. Only the naive believe that this action ends the tension of stand off in the area.

The Dragon ended the episode on its' own terms. The Dragon's rig was towed into Vietnam's waters and moored, commencing drilling operations without negotiation or communication with Vietnam, much less permission. This was no navigation error, this was a taking. When Vietnamese coast guard like vessels approached they were chased off by larger Chinese "Coast Guard" vessels. China at all times acted as if the waters they were trespassing in were in fact their own. Which is exactly their claim, that China owns all of the South China Sea and her neighbors like Vietnam, or the Philippines can just lump it.

China moored the rig in early May close to the disputed Paracel Islands in traditionally held Vietnamese waters. Hanoi reacted angrily and demanded the removal of the drilling unit and sent ships to try and disrupt operations. China insisted that Vietnam was in violation of international law in interfering with their exploitation of their (Chinese ) waters. Rioting broke out in Vietnam against China resulting in several dead and revealing violent anti Chinese sentiments.

The removal of the rig lightens the situation a bit but it is not resolved. We do not know if China found anything.  If they did they will be back to produce it when they are ready and will simply blow any Vietnamese ships that oppose them out of the water. Vietnam is a communist nation with few friends, China treats them as a vassal state, and in fact treated them largely as a vassal state going back to the days of the Middle Kingdom. The rig positioning and operation was as much a demonstration to the Philippines, Taiwan, Malaysia, and Brunei of how China intends to treat their waters when the time comes. China moves a little slower in the face of Taiwan, Malaysia, and Brunei since they are not friendless of ineffectively armed. The Philippines has a formal defense treaty with the United States. The Dragon is simply looking for more signs of weakness or distraction on the part of the United States before crossing the line into war with these other neighbors. They crossed that line with Vietnam more than twice now and Vietnam has not declared war or shot back. Only time will tell if this latest rig deployment was for oil exploration or just a geopolitical statement.

For a full discussion of the international law of sea's concepts of territorial waters, customs enforcement zones, and Outer Continental shelf waters and the related Exclusive Economic Zones we suggest he 72 page E-book AMERICAN ADMIRALTY BUREAU'S GUIDE TO TH EENDURING PRINCIPALS OF MARITIME INTERNATIONAL LAW which you may read on line free in our Authoritative literature section: