IT IS NOW PROVEN THAT THE UNITED STATES HAS MORE OIL THAN SAUDI ARABIA AND MOST OF THE MIDDLE EAST COMBINED. 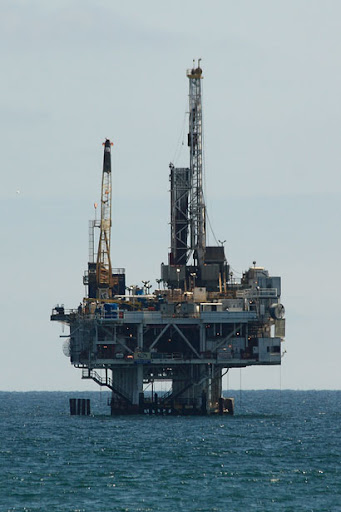 OUR LAST POST ADVOCATING THE LIFTING OF THE BAN:

THE DEMOCRATS HATE THE IDEA. IT COULD HELP RETIRE THE NATIONAL DEBT, INSURE OUR INDEPENDENCE AND GENERATE A WIDE SPREAD PROSPERITY. OF COURSE A WIDE SPREAD PROSPERITY WOULD ELIMINATE AN ELECTORATE WILLING TO GET ON THE BUS AND PULL THE LEVER AS INSTRUCTED TO CONTINUE GETTING A FEDERAL DOLE. IT WOULD CHANGE THE BALANCE OF POWER IN THE WORLD IN FAVOR OF THE U.S. AS ONCE AGAIN, THE UNRIVALED FULL SERVICE SUPER POWER. THE DEMOCRATS HAVE BEEN MANNING THE PARAPETS TO KEEP IT ILLEGAL FOR THE U.S. TO EXPORT PETROCHEMICAL PRODUCTS MADE FROM U.S. CRUDE STOCKS. REPORTS INDICATE THAT THE SYSTEM IS COMING APART AT THE SEAMS ANYWAY.

later... The DOE said that it has approved OREGON LNG for export of up to 1.25 billion cubic feet a day of liquefied natural gas. Oregon's next hurdle is approval by the Federal Energy Regulatory Commission. .
8/4/2016 Democrats capture the White House in January. we continue to advocate complete lifting of the ban.

In mid July 20 14 the Japanese trader Mitsui & Co. chartered the Liberian registered tanker ZAMBESI to carry a load of roughly 400,000 barrels of condensate to the South Korean refiner GS Caltex. The ZAMBESI arrived in Galveston for the on load and is expected in South Korea for early September. This was the first export of U.S. condensate in 40 years due to the present ban on U.S. produced petroleum products derived from U.S. crude. In recent years new technologies in deep sea recovery methods, fracking, and directional drilling have allowed the U.S. to economically bring in previously unexploited reserves.  For several years now the only thing blocking  U.S. oil self sufficiency and export capacity has been federal laws and policies that seemed to be based on the assumption that the U.S. would never even approach self sufficiency in oil and gas again.

The 1975 ban was a bipartisan response to the Arab oil embargo that created gasoline shortages in America and Quadrupled crude oil prices at a moment in time when U.S. crude oil production was slipping . Today the United States is the number one oil and gas producing nation on earth. Not something that you generally hear a lot about from the U.S. general media.  But we have not been able to take advantage of that fact thanks to the Democrats in Congress and the White House who have clung to the ban on oil and gas exports. The President has withheld the permits to reverse engineer our old and now useless import liquefied natural gas plants into export facilities. The Congress has continued to avoid the repeal of the 1975 act. But that act came with some regulatory provisions for exceptions. The industry has peppered the Commerce Department with applications for exceptions and exceptions have begun to trickle in. Recent ruling have released as much as 1.2 million barrels of oil a day for export.

The ban is being worked around slowly but surely. However if the Republicans regain a majority in the Senate in September the entire ban could be lifted at once. This would leave the Democratic president in the White House just as the economy starts into a steep climb up and the balance of payments start down. Like any other occupants of the White House in history the present occupant will do everything in his power to take credit for the turn around in the economy that he tried to block. This could put a Democrat back in the White House still holding sway over the LNG reverse engineering permits. Politics could still kill the positive economic factors. But it appears that our incredibly wise catfish analyst the Great Namazu was right. The oil and gas based economic boom he predicted way back in November of 2012 is tuning up.  ( http://americanadmiraltybooks.blogspot.com/2012/11/1172012-namazu-fully-loaded-namazu.html
and http://americanadmiraltybooks.blogspot.com/2012/11/11712-namazu-fl-part-2-namazu-fully.html

THE OIL AND GAS BOOK SHELF

Posted by American Admiralty Books at 12:36 AM