THE NAMAZU RESUME: Namazu started life as a dragon myth about 3,000 years ago in the Far East then morphed into a giant catfish "demigod" who lived in the Sea of Japan and became known as the Earth Shaker and was associated with coastal earth quakes and tidal waves.  After the Emperor of Japan was forced by the Allied surrender terms to renounce his claim to be a god, the various "demigods' fell upon hard times. As NaMazu explained in his various posts defending his existence and re-employment rights "demigod" was not a job title he sought out. Namazu proclaimed his monotheism in his famous address to the Religious Right which was very critical of us for hiring a "pagan" as a lead analyst. In his defense Namazu reminded the religious right that since he is a giant catfish after all he in fact is not eligible for baptism. There has been little demand for his resignation since. Namazu describes himself as simply the "personification of several forces of nature". He has written extensively on these forces in his "NAMAZU SCHOOL OF CLIMATE CHANGE". After
leaving the "demigod business" Namazu briefly appeared as a rock album cover model with the singer O'Land:   He also briefly worked as a performance artist and artist's model in New York http://www.youtube.com/watch?v=gIXaPwsgBv0 Then one day he simply took on human form again and walked into our office wanting to hired as a maritime analyst. We found his perspective to be in depth and very historically informed, he seemed to know a lot about ocean concerns as one might reasonably expect of a 3,000 year old giant catfish. We hired him and published his writings and th erest is history.

People who have read "NAMAZU FULLY LOADED: THE FUTURE OF AMERICA" keep asking how this 3,000 yer old catfish knows so much. Well, obviously being 3,000 years old gives one  a unique and very deep historical perspective. While Namazu generally hangs out in the Pacific off the Sea of Japan he is a world traveler as his recent visit to our office demonstrated. Being able to take human form on rare occasions gives one an inter-species broad breath of perception. But how is he  able to predict the future? Namazu says that the ability to predict the future was never in his union contract as a "demigod", a term he now describes as "unfortunate and inaccurate."He maintains that he uses the same type of analytic tools as human prognosticators but better quality, and of course he has that unique historical and global perspective. Namazu claims no future predictive accuracy much  greater than the best computer enhanced, human team of forecasters. He does claim to use better data, some of it quite expensive as we learned in that little controversy over the "NAMAZU FULLY LOADED" controversy. We have asked Namazu to share with his fans a reading list that will help readers to master the Catfish perspective. He has promised to keep his suggested reading list within reasonable retail pricing and to stay away from suggesting some of the data bases that he occasionally accesses that costs thousands of dollars. So today we present the first installment of the NAMAZU READING LIST.

SPICE THE HISTORY OF A TEMPTATION by Jack Turner
SALT: A WORLD HISTORY by Mark Kurlarshy
THE DEVILS MILK, A SOCIAL HISTORY OF RUBBER


CLAY, THE HISTORY AND EVOLUTION OF HUMANKIND'S RELATIONSHIP WITH EARTH'S MOST PRIMAL ELEMENT by Suzanne Staubach
The one commodity that is presently driving the world economy and which Namazu sees as having a shift in its center of gravity towards the United States driving a strong economic recovery in the next several years is of course oil. To better understand the global oil based economy Namazu suggests the following. 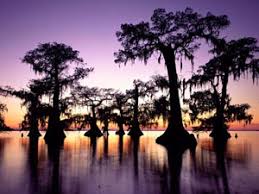 
Posted by American Admiralty Books at 2:34 AM