Standoff,  the aggression begins
Republished 2/15/2015 as historical background material for those following developments in the South China Seas controversies.


HOW FAR WILL THE DRAGON SWIM?  THE START OF THE AGGRESSION. 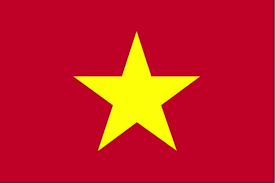 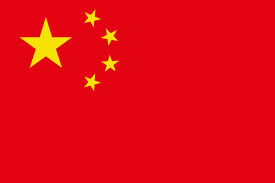 China claims all of the China Sea as territorial waters. The Chinese seem to have little understanding of,  or concern for international law relative to territorial seas. By multilateral international convention, the territorial sea of any nation may not extend beyond 12 miles seaward from a base line that is roughly coincidental with their shore line. Between this line of demarcation 12 miles out at sea and the shore line the territorial waters are part of the sovereign national territory of the coastal nation and all national law applies in this zone the same as it does on the land territory of the coastal state If there is less than 12 miles between coastal states, the extent of the territorial sea of both nations are subject to bargaining between the two states, or if they can't agree; to international arbitration, then charted and the instrument of agreement deposited with the United Nations.

Beyond the 12 mile territorial sea limit is a 12 mile "Contiguous Zone". Within this zone the ships of all nations have a right of "innocent passage" but the coastal state has enhanced customs law enforcement rights. The adjacent coastal state may stop and board suspicious vessels suspected of violating the coastal state's customs laws. But there must be probable cause such as observed or detected communications with a "hoovering vessel" such as a small craft that has run out from shore.

Beyond the contiguous Zone to a distance usually around 200 miles from shore , but it may be farther under certain circumstances related to submarine geography, are the OCS and EEZ waters. OCS waters are those waters under the International Convention on the Outer Continental Shelf where the adjacent coastal state has an exclusive right to establish structures and to mine the sea floor for oil, gas, and other minerals. But exclusive of this limited right these waters are international in character in terms of surface transportation. The state that owns EEZ rights does not have law enforcement authority within the EEZ except in terms of leasing mineral exploration or development rights or the the regulation of benthic fisheries (bottom dwelling fisheries) which are exclusively reserved to the adjacent coastal state.

The China Sea is a part of the Pacific ocean bordered by the main lands of China and Vietnam then ringed off shore by a series of Islands such as the Philippines , Taiwan, the Spratleys, and at the northern tip of the area just south of Japan the uninhabited island chain known as the Senkaku / Dinoyu chain. China simply claims the entire area as a Chinese lake. But the area is part of the Pacific Ocean subject to international rights of freedom of navigation and Territorial Sea, OCS, and EEZ rights of neighboring states. On one chart published by China they draw lines indicating their claims. The line runs right up to the beaches of the Philippines on the China Sea. In the confrontation we are presently following China is playing a dangerous confrontational game with a very competent Japanese Coast Guard / Navy team. So far there has been no shooting.  But that is not always the case with the Swimming Dragon. In 1988  the Dragon simply murdered over 60 Vietnamese Navy sailors over a shoal a virtual stone's throw from the Vietnam mainland, and more than 400 miles from China.

China apparently had such disregard for world opinion that it publicly aired their film of the mass murder as part of their celebration of their "great victory". Vietnam was able to video record the film and now has it running on YouTube for the world to watch.  How far will the dragon go to push its illegal territorial claims? Mass murder doesn't seem to bother it at all. This is the reason the United States calls for settlement of China Sea territorial claims by a multi- national forum. Who would trust China to be fair when they are more heavily armed than their neighbors and are proven to kill weak opponents. Here is the link, watch the video. May be then you'll understand why we at the AAB call China a "Thug State".

This Dragon must be tamed
Posted by American Admiralty Books at 1:36 AM