THE GREAT NAMAZU SPEAKS ON BACKING THE BOT!

By now you bipeds should pretty much know what a CoralBot is and does. If you have been hiding under a rock the past few weeks click here to learn all about it, then hit the back button I've got something important to tell you. http://www.coralbots.org/

OK, for those of you who made it back or indeed already knew about the CoralBot project here is some news for you. If you will follow the plan that Og laid out for you yesterday your contribution to the CoralBot project can transform you from Joe Smuckatelly; Insurance Salesman, Accountant, Postal Worker, Cop, Fireman, Shoe Salesman, High School Teacher, Welder, Carpenter, etc. into: (Drum roll please: JOE SMUCKATELLY Oceanic Robotics Philanthropist. Which Joe Smuckatelly do you think dates the hot, smart chicks? So what does a giant 3,000 year old catfish know about women? Check this out.

That's me posing for an album cover with Nana Oh Land. Follow this link to buy her album or the single dedicated to me simply titled Namazu.http://www.amazon.com/Namazu/dp/B007IVXEFM/ref=sr_1_cc_1?s=aps&ie=UTF8&qid=1370291973&sr=1-1-catcorr&keywords=Oh+Land-Namazu Want to see a little more of, and hear Nana, click here then come back when my theme song is done, I'm about to seriously smarten you biped males up. http://www.youtube.com/watch?v=nldOhFVh8jY That's not all pal, I've done live performances with Nana check this out: http://www.youtube.com/watch?v=gIXaPwsgBv0. Whats my point? Simple Joe, I'm a three thousand old catfish and I spend more quality time with smart, sexy human babes in a week than you will in a life time if you don't smarten up. Why just be Joe Smuckatelly when for the price of two drinks a month at some cheap dive the CoralBot project can turn you into Joe Smuckatelly Oceanic Robotics Philanthropist. Lets look again at what Og laid out for you yesterday.

"Right now you are asking your self why you should care, much less donate when you have little interest in coral reefs or the sea floor and no interest in swarm robotics. Well consider this who do you think picks up a better class of hot babes, an "Oceanographic Robotics Philanthropist" or You? For less than the price of two mixed drinks a month in a cheap bar we are going to show you how to obtain that title and utilize it to vastly improve your social life.

DISCLAIMER: When we say "we" in the above paragraph we mean the motley staff of ex-sailors who did the research here at American Admiralty Books, and not any one connected to the CoralBot project. The CoralBot project team is a bunch of scientist, some based in the UK with British accents and proper academic demeanor who are not very experienced with the sometimes rough trade of parting people from some of their money. Some of our our staff on the other hand have actually been officially labeled by their prior naval superiors as part of a "Sinister quasi organization of painted faced , cammie clad pirates" . Joe, we understand you at your lewdest and crudest". We've got a deal for you.

This is Jeri Ryan, you might recognize her from her present series Body of Evidence or in her role as "7 of 9, a "Borg" on Star Trek Voyageur  Jeri "backs the bot:, in fact it was on her Google Circles  site, https://plus.google.com/u/0/+JeriRyan/posts  thanks to a note from an astute visitor to our own, that we learned about the CoralBot in the first place. Our point in bringing Jeri Ryan's image into the discussion dude is simply to illustrate with one famous example that hot, smart women "back the bot.". So there you are on your favorite stool at Harry's bar and in walks someone with the depicted level of class and takes a seat a bar stool away. What are you going to open with ? Hi What's your sign? LAME! Pardon me mam, I'm new in town can you show me the way to your house?  Dude go to the back of the class and assume the dunce position! With women of this caliber that won't even get you a grunt in response she's headed for the far end of the bar or even out the door the instant you open your mouth. But what if you opened with "do you back the bot? That should at least net you a "what did you say"?  Where upon you introduce your self with: " I'm sorry I'm Joe Sixpack an Oceanographic Robotics Philanthropist" I'm trying to drum up support for my favorite coral reef restoration project. Now you reach for your smart phone and move towards her with "Could I get you to look at a short video on my favorite artificial intelligence project for marine robots for just a minute. If you were smart, before you pulled this move you pulled the CoralBot site up in advance so there is no fumbling about trying to pull up the site. So as you move closer and hand her your smart phone she should be looking straight at the opening video. There is a talking head on that video who will hold her attention, a smart, hot woman scientist with a lilting British accent. You, Joe Sixpack need to shut up at this point and let her listen as the good doctor explains all the difficult scientific concepts. Where you normally couldn't get closer than a bar stool's width and hold her attention more than six seconds you've now held her attention for more than six minutes without once revealing your self for the lewd, crude, one thing in mind creature that you actually are. Now for your next move as she hands you your smart phone back you say, Could I get you to look at just one more related video? Now you key in http://www.indiegogo.com/projects/restoring-coral-reefs-with-robots or the current CoralBot project on line fund raiser and let her hear the pitch. You're now going on 12 minutes without her bolting the bar stool. You haven't really said that much but a lot of really classy smart people on your cell phone have said a lot of interesting things, some of that aura is starting to envelope you covering your actual nasty brutish nature with a thin veneer of smarts and class. Don't blow it, stay focused. After she hands you back your cell phone put it away, take a deep breath and prepare for phase 2.

Now you announce that "I'm not rich as most Philanthropist, I can't fund this effort with just my monthly contributions, but I can help fund raise. If I were to buy you your drink and then another would you consider sending the savings to the CoralBot project, and then donating roughly the equivalent of two cheap drinks or one slightly pricey one , about $15  about every three months as new fund raisers are posted to Indiagogo? You should now be about 15 minutes into the encounter and if she says yes, and many will, you have reached in 15 minutes a milestone that you usually never reach. Basic psychology 101 dude. When you ask a stranger for a favor and they do it, within seconds of agreeing to do it they are subconsciously asking themselves "why did I agree to that?" The most common answer Dude is, "because I like that person, I don't know  why but I just like him." Every really successful salesman knows this. So while you did a good thing and won a supporter for the CoralBot you also got your target to actually convince her self that she likes you. Now don't blow it. Classy women hate liars and insincerity, they can spot it a mile off. So we are going to show you how for a cost of about two drinks a month you can become a verifiable "Oceanographic Robotics Philanthropist".

First off if you actually donate to the CoralBot project on a regular basis you are donating to an "oceanographic robotics" project. People who donate regularly to public spirited causes are called "Philanthropists". The term is not copy righted and this is not a licensed profession it is an avocation not tied to a particular level of donation by definition but by regularity of donations. When you donate at that first two drink level (minimum $15) your name goes on the "Backers" tab at the CoralBots site. So if Ms Wonderful pulls out her own smart phone to check you out there you are. At this level you also get a certificate of appreciation. Frame it and put it on the ego wall back at your pad. Give the two drink amount every month that a funds drive is up on Indiegogo and then keep it up each time a new drive appears. For $25 they will do all of the above and put your name in tiny letters somewhere on a future bot. For only $250, far less than the cost of one lost weekend you could get your picture on the website and your personal computer could be harnessed for support of the project. That's some portion of your computer's memory linked into a network, you don't have to know or do anything. Now the next time you use the ought to be patented "CoralBot hook up" approach you could actually claim to not only be an Oceanographic Robotics Philanthropist  but also a "computer capacity sponsor. "  Not a single outright lie involved for the price of a lost week end and a couple of drinks a month.

Now don't blow it once you have that hot babe's commitment to donate you know she has convinced herself that somehow she actually likes you. So don't blow it, keep the conversation on the bot and don't press for a one night stand, make a full blown dinner date for later in the week. Be cool don't reveal your single minded nature now that you've gotten this far. When there are no hot women present practice making the donate to the CoralBot case to some of the guys, especially fishermen. It will help perfect your pitch and cover your tracks. When the occasional hot babe sees right through you , you should come off as having failed at your public service spirited solicitation, and not as a loser who is constantly shot down. The key to this game plan is that you must be a real regular two drink monthly contributor. Trying to fake it won't work and there is another reason that you don't want to fake it:

Meet the warehouse crew we hired last Christmas for the Christmas rush: 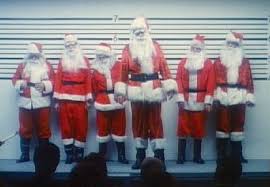 
These guys will be out cruising the bars and night spots looking for unauthorized users of our ought to be patented CoralBot hook up approach. This powerful insight has been given to you free of charge in the public interest of turning you into a more interesting person, delaying the disillusionment of any classy women who have the misfortunes to run into you, and to convert some of that alcohol money out there into a useful cause. Don't try this approach without first making that minimum $15 pledge to Coral Bots.....its makes Ratso very unhappy when guys do that."

I Namazu, possessor of the wisdom of the ages endorse this message. For more information or to donate see the links below:


The Rozalia Project is another oceans and water ways remediation project that uses robotics and needs donations http://www.rozaliaproject.org/ you can get information on how to donate at their web site.

Think about it for the price of four drinks a month you could be a backer on two projects. Now you have an immediate answer for that follow up question...."What else do you do?" This gives you time for those mental conversions like; Garbageman = "I do sanitary engineering projects".
Posted by American Admiralty Books at 12:06 AM