THE MARINER AND THE TAR BABY, FINAL CHAPTER

IN OUR LAST INSTALLMENT ON THE ENCOUNTER BETWEEN THE MARINER AND THE CREDENTIAL EATING TAR BABY WE THOUGHT THAT THIS WOULD BE AN ENDLESS SERIAL.  THINGS CHANGE 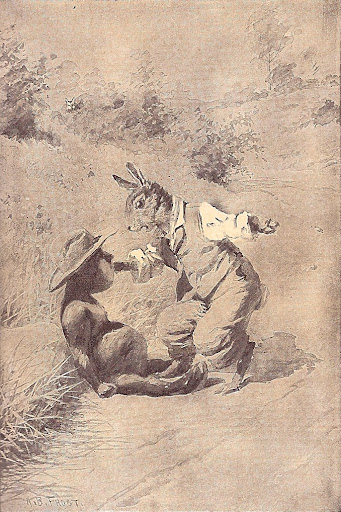 We were already aware of all of the maneuvering that our mariner Brer Rabbit had generated after he realized just how negligent the NMC could be with his occupational credential, without which he couldn't work in his skilled and remunerative occupation of ship's engineering watch stander. With what we knew we fully expected that it would be at least two more weeks before he would hear from the Coast Guard's National Maritime Center (NMC). He had already been forced to endure unnecessary weeks in a hotel near his union hall, an expense that ran into thousands of dollars while waiting on a process that used to take a few hours at the local USCG Office of the "Officer in Charge of Marine Inspection, and later at the USCG Regional Exam Centers. But since the powers that decide the fate of America's civilian mariners decided in their infinite military wisdom that centralizing everything in one place at one end of the nation would best serve their purposes the process is now of indefinite duration. Thus the related expenses are unpredictable. Unfortunately these occupational credentials must be renewed every 5 years. While in the indefinite renewal process mariners can't ship out, can't work, can't earn a pay check. At exactly that moment in time mariners must also pay fees to the Coast Guard for the privilege of renewing their credentials. Not counting payments for periodic retraining requirements, and fees for physicals, the Coast Guard fee of about $85 seems to be the only expense the Coast Guard is willing to acknowledge that it imposes on the mariner. In fact the cost of renewing Coast Guard occupational credentials can often run into thousands of dollars.

We knew that after the exchange of correspondence that we reprinted for you in redacted form our mariner knew that his pleas for expeditious handling  were falling on deaf ears as his associated expenses were mounting. We were well aware that he was in the process of enlisting the aid of a sympathetic member of Congress. We fully expected to describe for you in these pages the arguments back and forth between the Congressional member and the  NMC for at least two weeks. Then the unexpected happened, in the words of Brer Mariner the NMC "finally pushed the send button" and the Tar baby coughed up the mariner's credential. As we write this our mariner is clutching his occupational credential and limping down to the union hall hoping to sign 0n  to a long and arduous voyage, the kind that pays enough to leave him some living expenses after paying the thousands of dollars in expenses associated with the trauma of occupational license renewal with the USCG. This will be his last stint in the merchant marine, he does not plan to go through the trauma of occupational license renewal with the USCG again. There is a reason why the U.S. Merchant Marine is disappearing and contrary to the official government explanation it isn't really caused by "exorbitant seamen's wages". So we will spare you all of the additional details and we'll just file the data against the day that someone in government actually decides to exercise real oversight on the Coast Guard's performance of its merchant marine personnel regulatory functions.

Clueless about this story? You might want to review part 1 and  part 2