Original Editor's Note:
We here at AAB offer daily piracy reports and the pirate business today features hostage taking. Not all of the hostage situations found on the above interactive map are maritime in character but all involve Non Governmental organizations that have taken hostages for political reason and profit. The more typical and short lived bank robber barricaded hostage situations are not on this map. We also wanted to take this opportunity to introduce you to a commercial intelligence service. We are so often critical of American news coverage as being "infotainment" and advertiser driven. Not only are there other news sources and organizations out there; there are commercial intelligence sources that aren't influenced by advertising decisions at all. Have a look at this product from the

Some months ago we published a description of the IntelCenter with particular emphasis on its constantly updated hostage situation map. A recent check of the sight noted a few changes in the map with some incidents removed and new incidents posted. But that is not why we are writing about the Intel Center again. When we first posted on the Intel Center we had been noticing a rising interest among our visitors in maps as a form of information presentation. Our initial response was to expand our NAVIGATION page with a section on cartography.Review of the IntelCenter's work products indicates that they are certainly skilled in cartography and provide map and map like presentations. However they also provide much more in the way of information services on terrorism.

The IntelCenter is a privately owned company established in 1989. It has been providing counter terrorism intelligence services for more than 20 years to the intelligence, military and law enforcement communities in the US and around the world. The focus of the IntelCenter is on terrorism, defined as violent acts and actors of non state organizations performed for ideological and political motives.


IntelCenter is far from the only private intelligence service though it is one of the least likely for the ordinary citizen to become aware of since its usual clientele are governments, military organizations, and  police forces. Others like Lloyd's Intelligence Services, a subsidiary of Lloyd's of London serve broader markets like the shipping industry, or in a different vein Jane's Information Services serves shipping, naval services, governments and provides various reports for use by the general public. Public access to professionally developed and politically neutral information isn't just limited to private intelligence services, even the United States Central Intelligence Agency (CIA) develops services and products like area briefings, travel warnings, and regional backgrounders for distribution to the general public. Then there are various trade journals that cover nearly everything of note related to the field they cover and their audience. Some such trades take a managerial/owners viewpoint and others are operated for organized labor. Our point is that the public doesn't have to rely on ABC, CBS, NBC, FOX, or PBS for news and thus subject themselves to editorial decisions about what is news worthy and slants that conform with the politics of the net work.

We have constantly denied being a news service, we simply provide a news room where many of the world's maritime trade journals and news sources can be read, and we do some scanning and post a clipping service of headlines and links to stories we think are important. Occasionally we have been the first English language publisher to post a story, or to explain why a particular story buried on the back pages of some foreign language news paper is actually earth shaking in importance.

This is not a sign that we have a staff of full time professional journalists. Quite the opposite, we don't even have one full time staffer devoted to news. We simply don't rely on the mainstream American media for our news because we regard the so called "mainstream media" as being in the infotainment industry. In saying that we are not being critical, we are in the infotainment industry as well. We try to bring you the world's English language maritime information sources in an organized and entertaining way. We bring you this link to an interactive map in that same spirit, look its fun, its informative, see what's available out there once you leave the "mainstream".

But one should not mistake "infotainment" for "intelligence" or "real news". Often for the real story you must fish it out your self. As your entertaining maritime librarians we suggest looking in the trades, intelligence services, and local news services closest to the scene of interest. You don't want to make important decisions as a voter, juror, parent, traveler, etc., based on "infotainment". Get yourself some unvarnished facts. Start by learning your way around commercial intelligence services, trade journals, and non networked news services. If you are a professional journalist consider learning more about the publicly available products of the American intelligence community and the commercial intelligence services that are out there. The national and international news services are fine but there is deeper analysis and deeper sources out there as near as a mouse click.

So as an encyclopedic maritime information service where do we put links and descriptions of commercial intelligence services? For the time being we've decided that the best place to put this type of data is our NEWS SERVICE page. As we did with Navigation we are going to expand the title to NEWS and INTELLIGENCE. We also think that is more in keeping with our constant assertion that we are not a news service, though our site may offer information and services of interest to journalist. As we have stated so many times in print our "NEWS SERVICE" was first envisioned as a sort on online news reading room. The contents of that "reading room are expanding, but we are still not a news service. But you will find this post semi permanently located in the new "INTELLIGENCE SERVICES" section of the NEWS SERVICE section (page) of this blog. 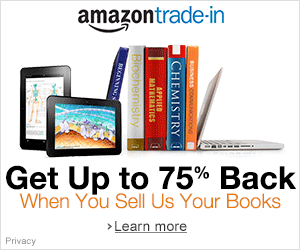 SHOP THE GEAR YOU SEE ON TOUR