IT'S TIME TO DUMP THE CHILEAN SEA BASS LABEL 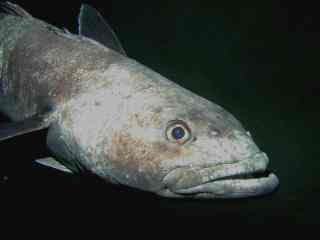 The Antarctic Tooth Fish really isn't all that bad looking, its common name may seem unappetizing, its Latin name is irrelevant to most consumers. But nobody was eating it until a U.S. marketing genius applied the name "Chilean Sea Bass" connoting images of the Chesapeake Bay and U.S. Atlantic Coast Stripped Bass, a fighting and beautiful game fish that is also a table delicacy. One of the advantages of the Stripped Bass, whose wild population has to be protected through regulation from over fishing, is that it has been successfully introduced into large fresh water lakes, indicating that it is a candidate for large scale aqua culture. The tooth fish by contrast lives its entire life cycle in the deep ocean in very cold waters and seems an unlikely candidate for aquaculture in the near future. The tooth fish is going to be a "wild caught" labeled product for a long time, if  legal operators and the regulatory bodies can successfully complete their work of driving the illegal operators from the sea, and managing the resource for sustainability in a manner that withstands the highest level of independent scientific scrutiny. So far by their own admission that hasn't happened.

No one can erase the stigma now attached to the "Chilean Sea Bass" label in the U.S. market. It served its purpose by introducing the U.S. market to the one positive fact of the fishery that remains in the public consciousness, the fish taste good, is comparatively free of many of the contaminants that many "wild caught" commercial species are fraught with these days. American are starting to avoid the fish now because of concerns over environmental damage in the Antarctic caused by over fishing. There are two groups of parties at interest that we have been able to identify in the current debate. Environmental groups who are opposed to "wild caught" products and will never let facts get in the way of their opposition. The second group is the organized legal commercial fishing and fish processing marketing groups that seem only too willing to defend the indefensible. We see both sides in the "Chilean Sea Bass" dispute using the same statistics, which are suspect of being highly flawed to support their arguments. Since the international regulators maintain that a majority percentage of the world toothfish catch comes from "well managed sustainable populations" the industry associations cite that in support of avoiding any market disruptions or fishery area closures or catch reductions. The opposition anti "wild catch" non governmental organizations seize on the rather large minority of poorly managed and regulated fisheries in the very same statistics to support their anti "wild caught" positions.

Our position is clear, the U.S. Chefs got it right. For the U.S. market the issue is two species of fish from two studied populations that independent science indicates are in early decline and these fish are marketed in the U.S. under the misnomer "Chilean Sea Bass". We would suggest to the legal fishers of Antarctic Tooth Fish that the first thing they should support in avoiding a complete collapse in the American toothfish market is truth in labeling. The real fish is now sought out regardless of name, the American public is convinced that the fish is not only safe to eat but a real delicacy. However the American market is now becoming educated to the environmental issues surrounding this fish from its critical role in the Antarctic environment to the problems of illegal fishing. Now we are talking about Toothfish generally, not just the two populations that formed the basis behind the American Chef's Boycott. Despite all of the claims by the international regulators and the industry associations the market does not believe that current labeling by species, fishery location, and verification of legal source is effective. Frankly if it really was, the industry wouldn't be having this problem.

Now the industry shoots itself in the foot by going to elaborate PR lengths of denial instead of moving toward visible reform. Correct the errors. First eliminate the use of the once "creative" now viewed as "deceptive" label of "Chilean Sea Bass". Instead of arguing that the existing labeling and verification program is the best thing since sliced bread, work on improving it with the international fishery regulatory bodies and the importing nation's import control authorities. Denial doesn't work after you are caught with your pants down.

We can understand that the industry put in a lot of hard work to come up with the present system of both fishery management and suppression of illegal trade, it must be a terrible disappointment when an important market rejects the system as unreliable. But the fact is that even a 78% success rate isn't sufficient. Worse, the U.S. Commerce Department ( another source that we don't trust automatically ) contradicts the international regulators and the industry associations on the percentage of illegal catch. In our previous post we linked our readers to a newspaper article indicating that at some point during the debate over the Chef's Boycott the U.S. Commerce Department estimated the illegal catch as high as 80%. That would be a lot slipping by the international regulators and our own border controls. The distrust of the U.S. Commerce Department among the American people is no where near the level of our organizational view. We don't really buy the international regulator's view either  that 78% of the global fishery is "well managed and sustainable". We think that the legal operators and the international regulators have made significant but inadequate progress. The international regulators "science" sometimes doesn't withstand independent scrutiny and the statistics appear overly optimistic concerning the suppression illegal activity. Even at the most optimistic so far published, the success rate at suppressing illegal landings is inadequate.

However, unlike Green Peace, we believe there are in fact some well managed and sustainable populations that can be commercially fished. The industry and the regulators should tighten up around these populations, double check their "science", including out side audits, and improve inspection and labeling programs. Then in the American market they need to start a new PR program that is not based on defending what the market has already judged as indefensible, but rather on an educational program that helps the market verify their fish purchase as really and reliably from "well managed and sustainable sources. An immediate and dramatic move towards regaining trust in the market would be the dumping of the "Chilean Sea Bass Label" and a real move towards improvement in the regulatory enforcement, catch origin verification, and labeling programs.

We believe there is a permanent place in the protein market for "wild caught seafood". But with the growing alternatives coming from aqua culture and the growing environmental awareness in Western nations "wild caught" products absolutely must come from sustainable and well managed /regulated populations and the markets are becoming more and more sophisticated about testing any such claims.
The public also needs to become aware that many forms of aquaculture also come with their own environmental costs and human health risks. We were frankly surprised and pleased with the handling of this issue by the U.S. Chefs. While they have been busy with their culinary arts, they have also started to emerge as an intelligent voice in food safety and security, one worth listening to. 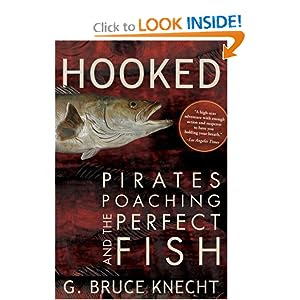