OUR NAVAL AND AIR ASSETS ARE IN PLACE AND READY, THE ISIS POSITIONS ARE NEVER GOING TO BE MORE VULNERABLE AND THE PRESIDENT DITHERS

Yesterday we gave you our assessment of the situation on the ground in Iraq. We also linked you to the professional assessments of others. One thing that everyone has to keep in mind is the fluid and foggy nature of war. Today's assessments can be mistaken and their value diminishes as time passes. That being said we are concerned. Yesterday we noted how as time progresses and the ISIS digs in, rooting them out, even damaging them from the air or by offshore weapons becomes much more difficult. As of this morning many ISIS forces were moving by column towards Bagdad. If our immediately available forces had the order , we could deliver them perhaps another "highway of death" setting them back years. But the President is still considering his options and he has emboldened the ISIS by already announcing that he won't send in ground forces. Though he may have reversed himself last night when he said he wasn't "taking anything off the table. So put something  on the table already!

We have two carrier task forces in the Persian Gulf right now with the U.S. Fifth Fleet plus cruise missile equipped submarines. If we have identifiable targets as we apparently do right now, and not embedded terrorists in an urban landscape, we could make short work of the ISIS. We also have land based air assets surrounding the region and within reach of the battle zone in Quatar, Turkey, Jordan and Kuwait. We certainly don't recommend sending them in right now but we have 10,000 troops in Kuwait and 2,000 in Jordan, why are we announcing that we aren't going to use them right now( or are we...dither dither)? The ISIS should have been made to worry about them. More over we have special forces in the area who could go in and serve as forward air observers and strike callers. These are very small units that do not engage directly. They avoid detection in order to make "calls for fire" that rain down industrial strength doses of death on the barbarians. Why are we assuring the barbarians that they won't be used this early in the game?

As we described the situation on the ground yesterday, it has the potential in a very short time to shift to a much more difficult target array. With the kind of big weapons we can bring on line now it will be much more difficult to use them in the future when the ISIS is dug in among the population. The President still has operative permission from Congress to use military force in Iraq. The decision to reverse the progress of the ISIS in Iraq is solely with one man Barrack Hussein Obama. The moment is now with the enemy advancing in identifiable columns. Every minute wasted damages our advantage. Are we going to let thousands of lost and damaged American serviceman's lives and billions in our public treasure on another "Fall of Saigon.". Remember the image of the Iraqui's with their purple ink dipped fingers held aloft after voting at the risk of their lives? American service men paid with their lives and limbs for that moment and as soon as our ground forces are out the ISIS rolls over the land killing anyone who opposes or disagrees with them, and some people simply for who they are, and what they believe.  They steal 2 billion dollars to become the best funded terror organization on earth and then in utter arrogance march on the capital. We have a brief moment to turn their march into a highway of death for them. We desperately need a Commander in Chief.  Instead the President dithers.

Here is a link to NEWS ON LINE  for an in depth review with linked videos on the situation as of yesterday morning. As we have said so many times we're not a news service. Our "NEWS SECTION" is more about a collection of links to and a guide to professional maritime orientated news services. But we do go into a sort of journalistic / editorial mode when we see maritime events unfolding and don't think much of the U.S. general media coverage. In this case what we aren't seeing in such coverage is much critical military thinking and as usual a free ride for a clueless President. If we have more of interest late breaking we'll alert you  in the NOTICES section of the HOME PAGE. 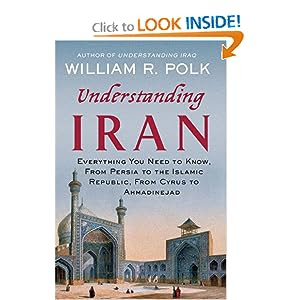