EVERY THING IS BIGGER IN TEXAS- A "BEASTIE" REPORT AND LINK

A 14 Foot + One Ton Great White Shark Will Be Vacationing  Off The Texas Coast This Summer. 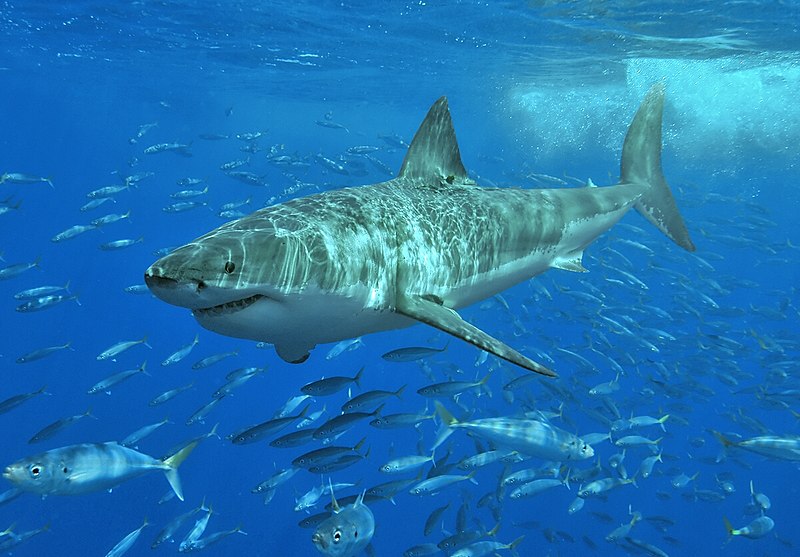 EDITOR'S NOTE: 3/8/2016 : Reports indicated that Beastie's giant pal made it back to New England Waters for a while, then headed south again , and then we once again lost track. Will we get a Gulf Coast visit in the summer of 2016?  When we know you'll know. 11/9/2014 We know that Beastie's giant pal made it to the Gulf Coast this summer but at some point if it didn't disappear from the ichthyologists tracking screens it certainly disappeared from the news media. Summer is over and frankly we don't know where this beast is. If any of our readers do please leave a comment. Her tracking device was supposed to provide information for 5 years.

Greetings Air sucking bipeds,  from the undersea world. I am called "Beastie" around the AAB office and work as researcher and editor of the fishing videos. I generally haven't written too much, just post the videos with a few notes but I wanted to say Hi! to our newest wave of visitors.

As you know while I hardly object to bipeds catching and eating fish, I do the same after all; I'm not too thrilled with those who harm man sized and larger fish. Yes we have short term memory issues but we are far more intelligent than you bipeds imagine. Its a bit like your biped ambivalence towards our (Great White Shark) propensity to eat marine mammals. Terrestrial bipeds tend to identify with other warm blooded species , especially pup anythings.  We on the other hand simply think of them as tasty and nutrient dense. This has led to some considerable violence between our species over the centuries. We're happy to see as my employment in a biped dominated organization indicates, things are changing. Our species (Great Whites) have noticed, just as so many terrestrial bipeds outside of Washington DC  have, that America is lacking adult supervision at the moment. We have more faith in a region we think of as "Greater Texas", consisting of Texas and some adjacent and near by states linked to Texas by economics and cultural similarities, in our case, especially coastal Louisiana. So we're sending you an ambassador, "Katherine" ( in Anglo biped lingo) you can't mistake her, she is 14 feet long and her progress is being followed by CNN. Katherine was most recently posted to the New England area but the Great White Council has decided to by pass Washington DC due to the lack of adult supervision and post her for at least the summer to what appears to be the up and coming, economic and political power in North America "Greater Texas".  You can follow "Katherine" on CNN's Internet version using this link: Katherine at CNN

Editor's note: We agree with Beastie generally on improving relations between our species, and on his observations about the apparent bright future of "Greater Texas", and the lack of adult supervision in Washington and national capitol's  growing irrelevancy to the rest of the nation. Having said that , at some risk of seeming crassly commercial we do have to take this opportunity to do two things. First, could we ask you to "like us" on face book. Second, could we possibly seel you anything from the below list of items that the thought of Great White Sharks inspires?