2/13/2013 Piracy Update Update 9/3/2016 Monitoring this issue since 2013 we'd have to say the simple answer is no.  Our original assessment was "don't bet on it". Dead pirates deter piracy everything else may or may not get a particular ship through their watery turf. 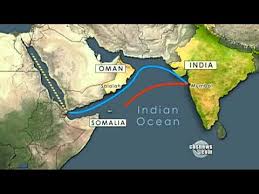 OUR ASSESSMENT IS DON'T BET ON IT.

* Number of pirate attacks falling fast
* Merchant ships still wary in waters near Somalia
* Private armed security, naval action key factor
By Peter Apps, Political Risk Correspondent
ABOARD RMS QUEEN MARY 2, Feb 10 (Reuters) - Posted between septuagenarian passengers in deck chairs, lookouts stand watch over the Gulf of Aden, scanning the horizon for pirates.
After more than half a decade of Somali men attacking Indian Ocean shipping from small speedboats with AK-47s, grappling hooks and ladders, the number of attacks is falling fast.
The last merchant ship to be successfully hijacked, naval officers monitoring piracy say, was at least nine months ago. It's a far cry from the height of the piracy epidemic two years ago, when several ships might be taken in a single week to be traded for airdropped multi-million dollar ransoms.
But as the Queen Mary 2, one of the world's most recognisable ocean liners, passes through the Red Sea, Indian Ocean and out towards Dubai, its owners and crew are taking few chances.

If your company is planning on operating anywhere near the area depicted on the chart illustrating this post, you need all the latest on piracy. See our News Service Section and our Merchant Marine Section for hyper links to government and other reliable information sources. If you feel that you need professional consulting assistance we suggest that you try this link: http://c-level.us.com/page.htm#4
Posted by American Admiralty Books at 4:54 PM