CHINA AND AUSTRALIA FROM A PARTICULAR AUSTRALIAN VIEW POINT. WE REPRINT THE BELOW TWEET FROM AUSTRALIAN SCHOLAR RAOUL HEINRICHS

EDITOR'S NOTE: Mr. Heinrichs clearly perceives the weakness of both U.S. and Australian naval forces and the intentions of the Chinese. We reprint the post in it's entirety on the belief that it was originally posted  to the Internet to be widely disseminated. If we have miscalculated and copy right protections apply we will promptly pull this reprint on notice. 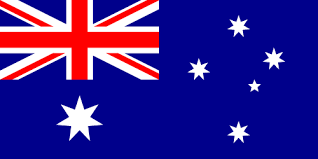 China at sea: Wake up, Australia!

- 7 February 2013 3:39PM
For Australia, the principal threat posed by the growth of China's military power is not yet to its direct strategic interests but rather to the US-led order from which much of Australia's security derives.
As China's ongoing accumulation of advanced air, maritime and surveillance capabilities hollows out US military dominance, hitherto the defining feature of Asia's order, the benign regional dynamics which have resulted from that order, and from which Australia has benefited for so long, are being eroded, seeminglyfaster than many anticipated, in at least three mutually reinforcing ways.

First, having imposed new limits on America's capacity for intervention in the Western Pacific, China has greater latitude to resort to coercion in its dealings with lesser regional powers. Beijing's recent management of its territorial disputes with Japan and the countries of Southeast Asia – in which more aggressive patrolling by Chinese ships and aircraft, backed by the latent capacity for escalation dominance, is being used to establish more favourable terms – reflects the extent to which this dynamic is already underway.
Second, the US is increasingly unable to preserve its preponderant power, much less deploy it in ways that dampen strategic competition, as it has for decades. No longer able to fulfil its self-appointed role as regional pacifier, Washington is instead becoming a direct participant in the kind of strategic competition that its power has traditionally been used to ameliorate, with the 'pivot' (or 'rebalance') exemplifying the trend.
Finally, patterns of balancing among lesser states – both through tighter strategic relations with the US and each other and, to a lesser extent, through military acquisition – are becoming more urgent and pronounced, contributing to the overall deterioration of the regional security environment.
Taken together, these processes have already produced a situation which looks much more ominous than any time in recent memory. Almost imperceptibly, coercion has become one of the principal means by which major powers relate to each other.
Interactive patterns of military procurement are accelerating. These reflect the advent of an arms race and, together with the development of offensive military doctrines that rely on speed and escalation, which compress the time available for cooler heads to prevail in a crisis, they portend new dangers of miscalculation and escalation. Virulent forms of nationalism are increasingly finding expression in the form of national policy rather than just public demonstration, while economic interdependence shows no sign of inhibiting competition - and in some cases may even be at risk of going into reverse.
Unfortunately for Australia, its stake in the continuation of a peaceful Asian order is, as for many other countries in the region, unmatched by its capacity to do anything meaningful to preserve it. While Canberra has little to lose from encouraging some kind of Sino-Japanese-American accommodation (one of the only ways a new Cold War, if not an actual shooting war, can be averted) it is only realistic to acknowledge that, with competition so deeply embedded in the structure of the international system, it will most likely prove impervious to even the most adroit diplomatic efforts. Perhaps worst of all, however bad the situation in East Asia looks today, history and theory affirm that it is likely to get much worse as the balance continues to shift in coming years and decades – that is, if it doesn't combust sooner.
All of this should serve as a much needed wake-up call to the executors of Australian strategic policy. As risks multiply, serious changes are needed in the way Australia does defence. Given the time cycles associated with military modernisation, this should have begun a decade ago and now needs to begin immediately.
But don't hold your breath. The traditional impetus for change in Australian strategic policy has almost always been an immediate crisis, at which point it's usually too late to do much other than rely on dumb luck to muddle through. Given the calamitous state of Defence today, with inadequate funding and, worse, a questionable ability to formulate and execute coherent policy even when there is money, Canberra is on track to repeat its past mistakes.
*Raoul Heinrichs is a Sir Arthur Tange doctoral scholar at the Australian National University's Strategic and Defence Studies Centre and is a former Lowy Institute research associate. Previously, Raoul was the founding coordinator of the Institute's MacArthur Asia Security Project and, before that, the Institute's inaugural Michael and Deborah Thawley scholar in international security, with a research placement at the the Center for Strategic and International Studies in Washington, DC.
Rauol has a Masters degree from the Australian National University, where he was a TB Millar Scholar in Strategic and Defence Studies, and a first class Honours degree from Monash University. Throughout 2007, Raoul worked on foreign and security policy in the office of then Opposition Leader, Kevin Rudd

Posted by American Admiralty Books at 1:01 AM