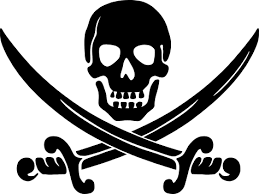 The men were found guilty by a federal jury in Norfolk, VA, of engaging in piracy and committing other offenses in the attack on the USS Ashland .Five men were convicted on Feb. 27 for acts of piracy in a 2010 attack on a U.S. Navy ship off the coast of Somalia.
The men are scheduled to be sentenced on July 1 and July 2, 2013. The piracy, hostage conspiracy and kidnapping convictions each carry possible life sentences.